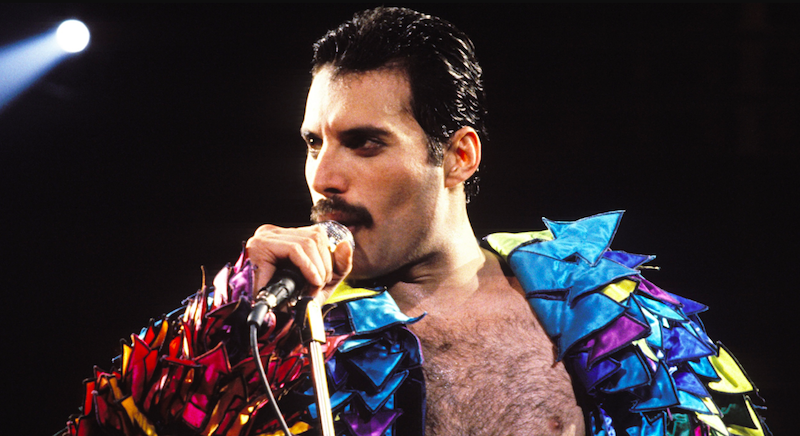 With everyone’s current nostalgic obsession with the past, it’s like Freddie Mercury is in retrograde. The Queen frontman has been having a posthumous moment, buoyed by the success of Bohemian Rhapsody and renewed appreciation for his general awesomeness. Now, the late icon will be celebrated with a new box set comprising his solo work. Arriving via Hollywood and Mercury Records, the Never Boring collection arrives on October 11th, which would have been Mercury’s 73rd birthday.

The title comes from a conversation Mercury had with his manager just days before he died: “You can do anything with my work,” he said, “but never make me boring.” Inspired by that spirit, Never Boring collects Mercury’s solo performances from 1984 to 1988. It was produced by Justin Shirley-Smith, Kris Fredriksson, and Joshua Macrae, who co-produced the official Bohemian Rhapsody film soundtrack. Rami Malek, who won on Oscar for his portrayal of Mercury, wrote the introduction for the box set.

Of his solo work, Mercury once said, “I had a lot of ideas bursting to get out, and there were a lot of musical territories I wanted to explore which I really couldn’t do within Queen. I wanted to cover such things as reggae rhythms and I did a couple of tracks with an orchestra.”

The collection spans 32 tracks over three CDs. That includes a new mix of Mercury’s only solo album, 1985’s Mr. Bad Guy; a 12-track collection of his greatest solo performances; and a special edition of his classical collaboration with opera singer Montserrat Caballé, Barcelona. Never Boring also boasts the recently discovered version of “Time Waits for No One”. For the more visually inclined, the collection comes with a Blu-ray/DVD and a 120-page book featuring rare and unpublished photos.

Never Boring is available for pre-order now. Take a look at the artwork and tacklists below.