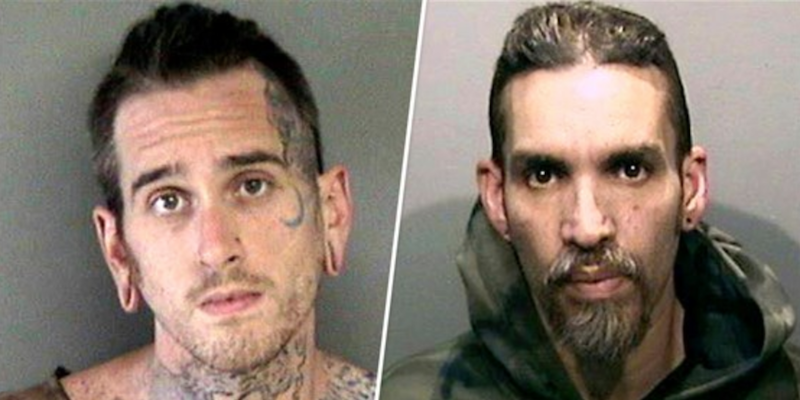 A verdict has been reached in the trial against two men connected to the deadly 2016 Ghost Ship warehouse fire in Oakland, California. Max Harris has been acquitted of all charges, while deliberations in the case of Derick Almena ended in a hung jury, leading to a mistrial.

Harris, 29, and Almena, 49, each faced 36 charges of manslaughter for the deaths of people trapped as the blaze consumed the Ghost Ship live-work artist commune. Harris acted as something of a building manager for the space, helping convert it, collecting rent, and organizing parties and events. Almena had rented the building since 2013. Both faced up to 39 years in state prison had they been found guilty.

Prosecutors argued that Almena was criminally negligent for failing to install any safety measures, including smoke alarms and sprinklers, and for avoiding city inspections. The District Attorney’s office also considered Harris responsible given his role in managing the warehouse (via NBC News).

Jury deliberations began on July 31st, but on August 19th, following 10 days of discussions, Superior Judge Trina Thompson ordered them restarted. Three jurors were replaced with alternates, with Judge Thompson instructing the jury to disregard any prior deliberations. While a reason for the replacements was never given, the judge reminded jurors not to speak about the case outside the jury room or seek out extra information.

The verdicts are undoubtedly disappointing for families of the victims, doubly so because Aleman and Harris had already pleaded no contest to the charges. Last July, the pair took plea deals that would have seen them respectively serve nine and six years in jail. However, at the request of many of the families who found the sentences too lenient, a judge threw out the deals.

Harris may be free, but Almena faces a new trial set to begin on October 4th. According to reporting from NBC Bay Area, the jury was 10-2 in favor of a guilty verdict for Almena. The two holdouts were unwilling to change their decision, which led to the mistrial.

Both Harris and Almena are still facing 31 lawsuits from families of the victims compiled together in a master complaint. Those suits argue the Oakland building and fire departments are also to blame for failing to properly inspect The Ghost Ship. The building’s owners are also named in the suits, though they have not been charged with crimes and have never spoken publicly about the tragedy.