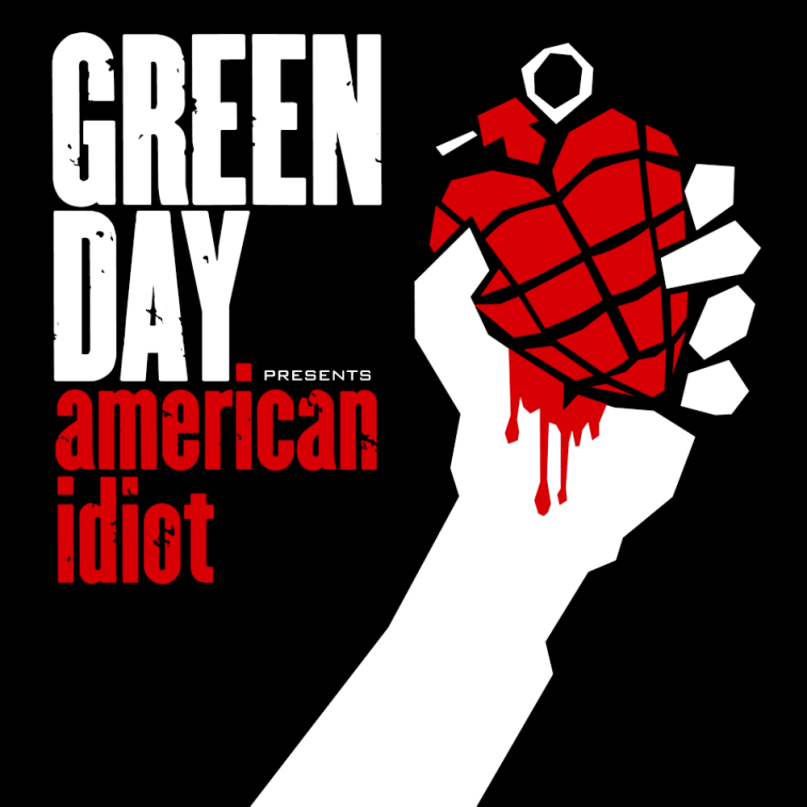 The story of 21st century protest music begins, in earnest, in 2004. That year, the case for the Iraq War fell irreparably apart; the CIA admitted that The United States had faced no immediate threat from weapons of mass destruction before launching their attacks, the grotesque abuses of Abu Ghraib prison became international news, and increased fighting in cities like Fallujah claimed the lives of nearly 7,000 insurgents and 1,000 coalition soldiers, as well as nearly 12,000 civilians. Against this backdrop, the war’s architect, George W. Bush, faced his re-election campaign, and the chance to not just assert the conflict’s righteousness, but to quash questions of his own legitimacy that still lingered after the 2000 election.

For artists on the left, the year’s events acted as a tipping point, necessitating a response via politically minded material that (save for acts like Rage Against the Machine) had largely fallen out of favor in the decade-plus prior. Looking back, the results were uneven. The protest-minded records of 2004 generally include lesser entries in legendary catalogs (The Empire Strikes First by Bad Religion, To the 5 Boroughs by the Beastie Boys), compilations best remembered now as answers to trivia questions (the Rock Against Bush series for punks, McSweeney’s Future Soundtrack for America for hipsters), as well as a few genuinely good indie releases (Shake the Sheets by Ted Leo and the Pharmacists, New Roman Times by Camper Van Beethoven) that never elbowed their way into the greater public consciousness.


And then, there’s American Idiot. Fifteen years after its release, the album that saved Green Day’s career remains, for better or worse, the most visible protest record of the Iraq War era. Just last year, fans in the United Kingdom sent the record’s title track back to the charts in time to coincide with a July visit from President Donald Trump. The New Yorker‘s Amanda Petrusich noted that “[the] lyrics do feel oddly applicable to the present Administration — both to Trump’s crusade against journalists and his ability to manipulate and entice his constituents using tactics seemingly gleaned from reality television.”

While the political angst of American Idiot remains sadly, undeniably relevant 15 years later, a fresh spin reminds you that the record’s overt political messaging is really limited to just two songs: the title track (written in reaction to perceived media complicity in wartime coverage, as well as Lynyrd Skynyrd’s pro-redneck anthem “That’s How I Like It”) and “Holiday” (which Billie Joe Armstrong described during a 2005 concert in Germany as “a big ‘Fuck you!’ to George W. Bush,” leading Entertainment Weekly‘s Tom Sinclair to “wonder if there is any such thing as a Bush-supporting Green Day fan”). It’s in the record’s visuals where America’s political disquiet comes through the strongest.

(Read: Ranking: Every Green Day Album from Worst to Best)

The videos for “American Idiot” and “Holiday” are predictably agitated; the former features the band performing in front of a sickly, washed-out flag whose colors eventually, literally, run into something the color and consistency of toxic waste, while the latter finds them partying in what may be a Vegas fallout shelter as animated bombs call to mind both then-current airstrikes and Nevada’s history as a nuclear test site. However, the spirit of protest suffuses the visuals for even the record’s non-political songs; even the video for “Boulevard of Broken Dreams” unfolds against the backdrop of an isolated, unwelcoming, and half-destroyed home front at war with both foreign enemies and itself.

Nowhere is the record’s political heart more striking than the video for “Wake Me Up When September Ends”. Written by Armstrong as a memorial for his deceased father, the song frequently faces charges of misinterpretation by listeners who assume a connection to 9/11. Watch the video, and you’ll understand why. What begins as a love story quickly morphs into an impending tragedy, as the video’s young couple is separated, first by the emotional betrayal of a surprise enlistment and then by the actual miles of basic training and the experiential gulf of a deployment in the Middle East. For listeners entering adulthood at the beginning of the War on Terror, September 2001 cast a shadow from which it felt like they might never emerge.

The Limits of Anger

The sense of coming of age in chaos fuels American Idiot’s other feat: in addition to breathing life back into the protest anthem, the record also made rock operas cool again. Taking cues from monuments to ’60s excess like Tommy and Jesus Christ Superstar, Green Day wove together solo jams and clipped punk snippets into kinetic suites, telling the story of Jesus of Suburbia along the way. Musically, the record remains the band’s most adventurous, a brawny pop-punk kaleidoscope that nodded to acts from Mott the Hoople to Johnny Cash and earned the band comparisons to indie maximalists the Fiery Furnaces. The record turns on a dime and comes with the kind of careful songcraft that made its transition to the Broadway stage feel less like a transgression and more of an inevitability.

Nearly a decade after the war it protested came to an end, American Idiot remains an undeniably vital listen. However, the story at the album’s heart is ultimately a letdown for anyone inspired to action by record’s protest songs. After leaving behind his soulless life in the suburbs, Jesus washes out in the city (“Are We the Waiting”), has a Fight Club-style run-in with bad influence/alter ego St. Jimmy (“St. Jimmy”), and tumbles through a chaotic relationship with manic pixie dream guerilla Whatshername (“She’s a Rebel”, “Extraordinary Girl”, “Letterbomb”) and ultimately winds up back where he started, working a dead-end job and snuffed of the fire that led to his flight in the first place.

Taken in this context, the political anger of songs like “American Idiot” and “Holiday” (as well as the protest imagery of the record’s additional videos) ultimately gets dismissed as a kind of phase, something that young people do while figuring out their identities before returning to the grind that bore them. The record’s bleakness is also rooted in its individualism; rather than offering a path towards collective action or redemption, American Idiot instead prizes jaundiced distrust of institutions of all kinds. It’s against all kinds of things, but not for much at all. There’s also the issue of the cynical commercialism inherent in any kind of perceived rebellion created by a band of multimillionaires and bankrolled by the 1%ers at the helm of a major record label; as comedian John Daly put it in his scathing takedown of “American Idiot” for The A.V. Club in 2014, the record could rightly be critiqued as the “commodification of rebellion made into pure capitalism.”

“They should have to state their worth before they sing this song,” Daly said.

American Idiots in the Age of Trump

Net worth notwithstanding, Green Day remained politically vocal, even in the wake of Bush’s eventual re-election and the relative quiet of the early Obama years. However, without an obvious enemy to rail against, their Obama-era output (2009’s uneven rock-opera sequel, 21st Century Breakdown, 2012’s indulgent ¡Uno!, ¡Dos! and ¡Tré!, and 2016’s relatively anonymous Revolution Radio) never quite matched the lyrical or musical fire that powered American Idiot, though they still climbed the charts.

More recently, Armstrong has become a vocal critic of President Trump; in the years since the 2016 election, he’s told Trump-supporting fans to stop listening to his music, compared the president to Hitler, and chanted a popular Resistance slogan during Green Day’s American Music Awards performance. However, despite another Green Day record (2020’s The Father of All Motherfuckers) coming in a Republican re-election year, you won’t find any Trump takedowns forthcoming; instead, as Armstrong told Kerrang!, the record will focus on “empathy” for the communities decimated by gentrification, skyrocketing debt, and the nightmares of the American healthcare system. It’s a more mature kind of anger targeting a more insidious kind of American idiot at a time when the atrocities of 2004 feel somehow quaint by comparison. Whether anyone still actually needs help getting mad remains to be seen.