Tool, Slipknot, and Metallica fall tours promise a head-banging end to the year

by Regan Bexler and Samantha Lopez 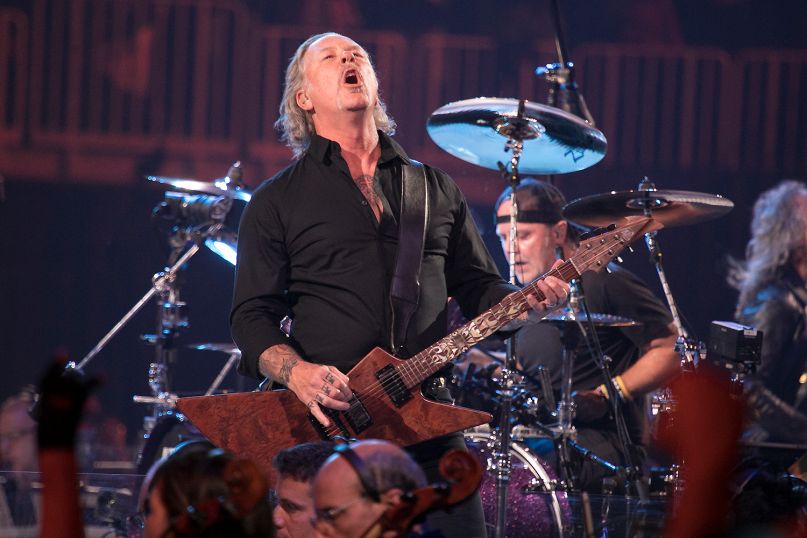 This article is presented by StubHub.

Heavy metal and hard rock aren’t just genres of music. They’re a way of life. Metal fans forgo the relatively comfortable lifestyle the rest of us enjoy for a lifetime of black t-shirts on hot days, sore necks from too much headbanging, and albums with gory and grotesque cover art that make the average mother faint or speed dial for an exorcism. And, according to studies, it’s becoming a way of life that more and more music fans are embracing.

Earlier this year, music distribution company TuneCore reported that heavy metal is the fastest-growing genre over the last few years in terms of both streaming and downloads. From 2017 to 2018 alone, streaming and downloading metal increased 154% worldwide. And we thought K-Pop was unstoppable!

Need more proof that metal and hard rock are conquering the industry? Tool just released the most anticipated album of the last decade to rave reviews, masked metal heads Slipknot recently scored their third consecutive No 1. record, Slayer is currently reigning over one of the most successful farewell tours in genre history, and Metallica was just crowned the “biggest touring band of all time” with 1.4 billion dollars in tickets sold. Forget being off to never-never land, and try off to the bank.

The future is metal, folks, and that means Consequence of Sound will be there, too. To help get you started, here is a list of 10 must-see heavy metal and hard rock bands on tour this fall. So, whether you’re a metal lifer who has a standing reservation in any mosh pit or someone who likes their seats a bit farther back from those ear-splitting speakers and fire-belching pyrotechnics, StubHub remains your go-to stop for the very best tickets and the ultimate live metal experience.

See you in the pit. And, as always, horns up!

Tool fans have been pinching themselves for a few weeks now. After 13 years — though far shorter than 10,000 days — disciples of the only band that matters (to them) finally have new music to absorb and head bang to. And, according to our resident metal head Jon Hadusek, the wait was well worth it, describing Fear Inoculum at its best as having “lush chords and melodies that twist and gnarl into crushing doom-laden choruses.” Featuring 10 new songs — each one yielding its own cinematic payoff and emotional catharsis — expect this record to elevate even the sickest setlist and make Tool’s upcoming North American Tour the hottest ticket in heavy music. –Regan Bexler

Hard rockers Guns N’ Roses are set to kick off the latest leg of their “Not in This Lifetime Tour” at the end of the month. The leg begins September 25th in Charlotte, NC, and, aside from a chain of arena shows, has the band making festival appearances, including stops at Austin City Limits, Louisville’s Louder Than Life Festival, and Voodoo Music Experience in New Orleans. The Not in This Lifetime Tour began in 2016 and marked the return of Slash and Duff McKagan to the lineup. On top of a jam-packed string of dates, GNR recently welcomed to the jungle all the acts that will be opening for them this tour. The support is set to include Shooter Jennings, Tyler Bryant & The Shakedown, Blackberry Smoke, Dirty Honey, and Bishop Gunn. Each Southern rock group will take a turn serving as GNR’s opening act. Sounds like it’s time to get on down to Paradise City. –Samantha Lopez

Whether or not you consider a band wearing masks and going by numerical names to be a gimmick, Corey Taylor (aka #8) and Slipknot have long ago proven they aren’t hiding a lack of talent. Just a couple of weeks ago, the Iowa heavy metal band scored their third straight No. 1 record with their sixth studio album, We Are Not Your Kind, an effort our own Michael Pementel described as containing a creative rage. If the band can take some of the best songs of their career and channel that rage into their current tour, which extends into next year, these guys can wear and call themselves whatever they damn well please. –Regan Bexler

Touring gods Metallica have been on the road behind their last album, Hardwired…To Self-Destruct, since 2016, when they launched their WorldWired Tour in San Juan, Puerto Rico. Most recently the band have been touring stadiums all over Europe and Australia, and when the band’s 2019 run wraps in November in New Zealand, they will have toured for over three consecutive years (with only six months off), which is an impressive feat when you realize the youngest Metallica band member is 54. And the band have no plans to stop any time soon; they have announced yet another WorldWired leg that returns to South America in April 2020. Metallica will be joined by Grammy-winning rock band Greta Van Fleet for these upcoming 2020 shows. –Samantha Lopez

You don’t need to know every riff off Reign in Blood or have a tattoo in Slayer font to check out the band’s last show in your city. Just curiosity and maybe a little historical perspective. If their final Chicago-Milwaukee area show at Riot Fest 2019 was any indication, you’d never think the band was hanging it up for good. They still scream, blaze, and pummel their way through 90-minute sets as fireballs burst around them and the stage is tinted in a bloody red. And that’s what will stick out to fans as Slayer continues to wrap things up through the end of November. Slayer are saying goodbye in the same way they have gone about their business for decades on stages around the world: as conquerors. –Regan Bexler

Alice Cooper just announced a slew of new fall 2019 tour dates, guaranteeing the Godfather of Shock Rock will be on the road through the end of the year. He will hit the road on a collection of “An Evening With” headlining tour gigs this November, beginning with a show on November 3rd in Ft. Myers, Florida, and running through a November 29th date in Prior Lake, Minnesota. Most recently, Cooper is finishing up a month long co-headlining tour with Halestorm. In addition to the new tour dates, Cooper promises new music “soon,” which will be his first new music since 2017’s Paranormal, which featured acts like ZZ Top’s Billy Gibbons, U2’s Larry Mullen Jr. and Deep Purple’s Roger Glover. Cooper will also release a new album with The Hollywood Vampires, his project featuring Joe Perry and Johnny Depp, on June 21st. School may be back in session, but Alice Cooper is out and on the prowl! –Samantha Lopez

Our favorite interplanetary barbarian warriors have been punishing the human race with sounds too loud for our auditory systems for 35 years now. Over that time, we haven’t always co-existed with GWAR peacefully, but they continue to remind us that metal, at its core, will always have a place for science fiction, gore, and just plain silliness. It’s a message the band — now with no remaining original members — have continued to transmit since the death of lead singer Dave Brockie in 2014, and it’s one they plan to continue beaming out into the ether on a tractor beam of tour dates that take them through the fall. Wait until Tom DeLonge gets a load of these guys! –Regan Bexler

Nu metal stalwarts Godsmack are hitting the road this fall. The group, still riding high off of the success of their most recent record, When Legends Rise (2017), will be kicking the proceedings off September 20th in Green Bay, Wisconsin, and crossing the country from there. The band are set to have the support from Atlanta-based heavy metal band Halestorm. In a Twitter statement, Godsmack says, “This tour leg is going to be KICK ASS, no doubt!!! We can’t wait.” Neither can we to see that voodoo that Godsmack does so well. –Samantha Lopez

If this article has taught you anything — other than it’s time to go score tickets and start checking off your metal bucket lists — it should be that there are far worse ways to start a metal or hard rock act than to invest in a mask and some heavy makeup. Swedish rockers Ghost have taken up the alter of the Coopers, KISSes, GWARs, and Slipknots before them, and quite frankly, they scare the crap out of me every time I stare into the eyes of demonic anti-pope and lead singer Tobias Forge. However, if you’re a bit braver than me, they’ll be touring the States and Europe throughout the fall. And do me a favor: please don’t tell them that I sent you. –Regan Bexler

After unforeseen medical issues, High on Fire have announced a North American tour earlier this summer with Power Trip, Creeping Death, and Devil Master. The tour is set to launch Nov. 7th in Austin and wraps Dec. 7th in Los Angeles. It will be High on Fire’s first tour since frontman Matt Pike’s struggles with diabetes forced them to cancel shows last fall and this past January. The band released their Grammy-winning eighth studio album, Electric Messiah, last October, but have been unable to tour the record properly. Now that they’re back in good health, the mass cancellations are hopefully behind them. Rock on, boys! –Samantha Lopez