Jurassic World: Battle at Big Rock will air this Sunday 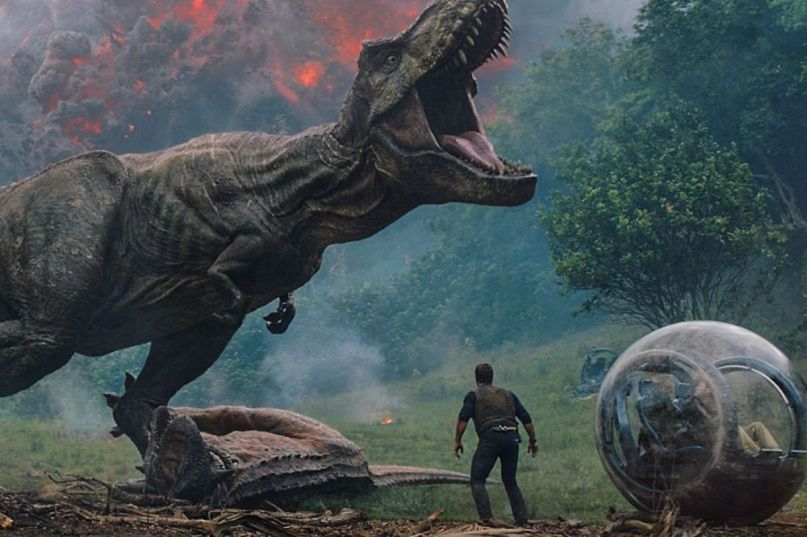 A new short film set in the Jurassic World universe is set to premiere this weekend. Jurassic World: Battle at Big Rock, a short film by director Colin Trevorrow, will air on FX sometime this Sunday, September 15th.

Update: Jurassic World: Battle at Big Rock spans eight minutes in length and will premiere at 9:50 p.m. on FX. You can watch it online here.

Battle at Big Rock won’t continue the Chris Pratt plot line, but it will take place within the Jurassic World franchise at large. Trevorrow returns as director and is joined by writer Emily Carmichael, who’s writing the Jurassic World 3 script, and cinematographer Larry Fong, who worked on The Predator and Kong: Skull Island. Starring in the film are André Holland, Natalie Martinez, Melody Hurd, and Pierson Salvador. The plot takes place one year after the events of Jurassic World: Fallen Kingdom and depicts a family encountering dinosaurs on a camping trip.

(Read: As the World Lost Its Sense of Wonder and Majesty, So Did Jurassic Park)

Trevorrow broke the news on Twitter. “These creatures were here before us. And if we’re not careful, they’ll be here after,” he wrote. Accompanying his social media post is a photo, presumably the short film’s poster, with the movie’s title, the premiere date, and a wooden sign stuck in the grass that reads, “DO NOT FEED WILDLIFE.”

Check out his post below. If you’re eagerly awaiting for the Sunday premiere, then kill some time by rereading our reviews of Jurassic World and Jurassic World: Fallen Kingdom.

“These creatures were here before us. And if we’re not careful, they’ll be here after.” pic.twitter.com/RYXDSbrOQ0