Kanye West and Kenny G are working on music together 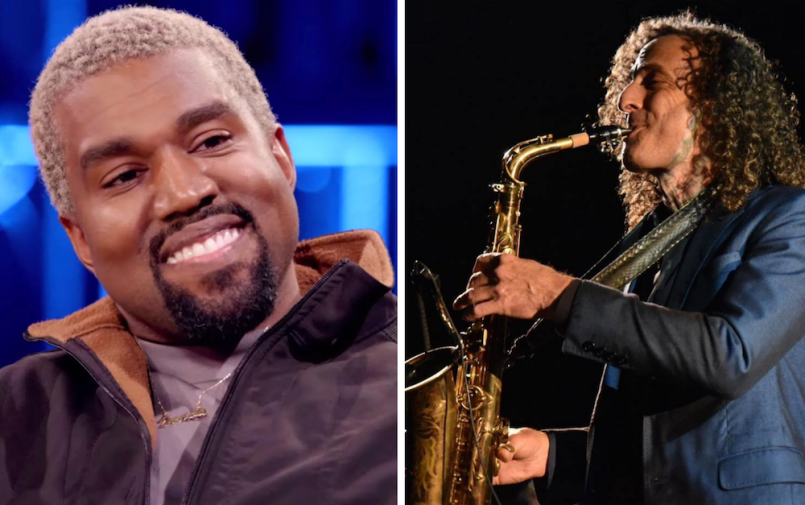 Finally, my mother and I have something to talk about. Kanye West and Kenny G have hit the studio together.

The famed smooth jazz musician let the news slip in an interview with the Dallas Observer. The left-field collaborative sessions came after the Chicago rapper enlisted Kenny G’s sexy sax playing as part of a Valentine’s Day gift to wife Kim Kardashian.


“[West] reached out to me and wanted me to come and do [the Valentine’s Day performance]. I didn’t know him real well, but I was obviously flattered. He could not have been more welcoming,” the 63-year-old Grammy-winner recounted.

“Since then we’ve actually been in the studio working on some music together,” revealed Kenny G. “I can’t really say much else because he doesn’t really want anyone to talk about music before he releases it. Just suffice to say that we’re collaborating on some things, and nobody knows what’s going to happen.”

Kanye doesn’t exactly fit into the regular rotation for Lite FM listeners like my mom, but Kenny G has been known to team up with non-jazz acts, including Weezer and Michael Bolton. He’s also regarded as one of the best-selling artists of all time.

“I may not be a person like Taylor Swift or Beyoncé or Kanye who’s getting tons and tons of views and all the exposure that these guys get today,” Kenny G humbly told the Dallas Observer. “But that doesn’t mean that there’s not a huge amount of people that do listen to my music. They’re out there.”

Below, revisit Kenny G’s Valentine’s Day performance, and catch him live all this fall by grabbing concert tickets here.

Thanks for having me be a part of your Valentine's Day 🎷🌹 https://t.co/jRHyfzAugc