Kiefer Sutherland to star in new The Fugitive series 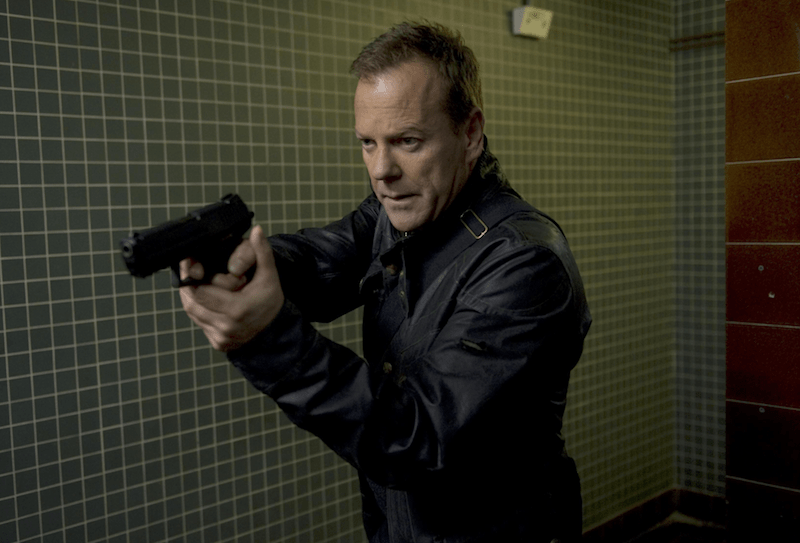 It’s just not a real action drama series until Kiefer Sutherland gets involved. The former 24 counter terrorism agent has been confirmed to star in the newest version of The Fugitive, based on the 1993 movie and 1960s TV show of the same name.

The latest take will debut on the upcoming streaming platform Quibi. Boyd Holbrook (Narcos, Logan) will also star in the series, and Emmy winner Stephen Hopkins (who coincidentally helmed half of 24’s first season) has signed on to direct.

Written by Nick Santora, this new iteration of The Fugitive centers on Mike Ferro (played by Holbrook), a Los Angeles commuter whose subway train is bombed. While Ferro is trying to figure out if his wife and young daughter are safe, misleading evidence, rushed news coverage, and social media rumors paint him as the one responsible for the attack. It’s then up to Ferro to quickly find the real criminal, all while Detective Clay Bryce (Sutherland) works to track him down.

The series marks Sutherland’s first following the recent cancelation of Designated Survivor. That show was first booted from ABC after two seasons before finding life on Netflix for a third and final season.

Owned by Warner Brothers, The Fugitive will be produced by Thunder Road Films with 3 Arts Entertainment. Executive producers include Santora and Hopkins, along with with Basil Iwanyk, Tom Lassally and Albert Torres. Production is slated to begin this fall in Los Angeles.

Set to launch on April 6th, 2020, Quibi is a mobile video platform that plans to deliver content built for smartphones and tablets. Designed to be watched either vertically or horizontally, the serials will be consumable in episodes clocking in at 10 minutes or less. Other shows being developed for the service include a Varsity Blues adaptation, Steven Spielberg’s horror series Spielberg After Dark, and Survive, Sophie Turner’s first post-Game of Thrones project.

In other news, we’re still waiting on that female-led 24 spin-off.