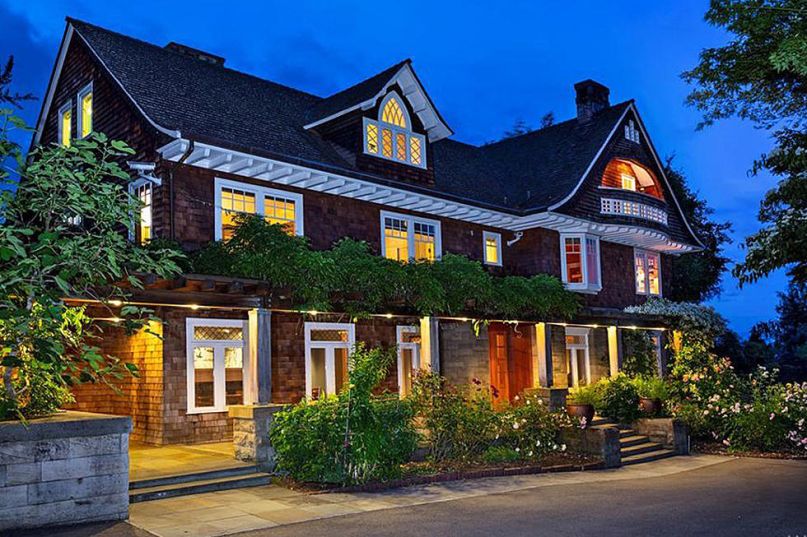 Kurt Cobain and Courtney Love’s former Seattle home, where Cobain was found dead in 1994, is up for sale.

As Stereogum points out, the 117-year-old Queen Anne-style house in Seattle’s Denny Blaine neighborhood is currently on the market with a listing price of $7,500,000.

A corresponding real estate listing highlights the home’s “gracious rooms enhanced by an open floor plan & fine millwork,” as well as an exterior distinguished by “expressive windows” and “stone accents.” Noticeably absent however is any mention of the home’s former owners or that it was where police found Cobain’s lifeless body after he took his own life in April 1994. Nope. None of that at all. Instead, the listing concludes by declaring the multi-million dollar property a “once in a lifetime opportunity!”

Perhaps the omission of Cobain’s name is understandable; beyond being the site of the Nirvana singer’s death, his other past properties haven’t necessarily benefited from name association. In 2013, Cobain’s childhood home went on sale for $500,000, but the price was later dropped to $225,000 after going unsold for four years.