Lil Nas X blasts off into the future in new “Panini” video: Watch 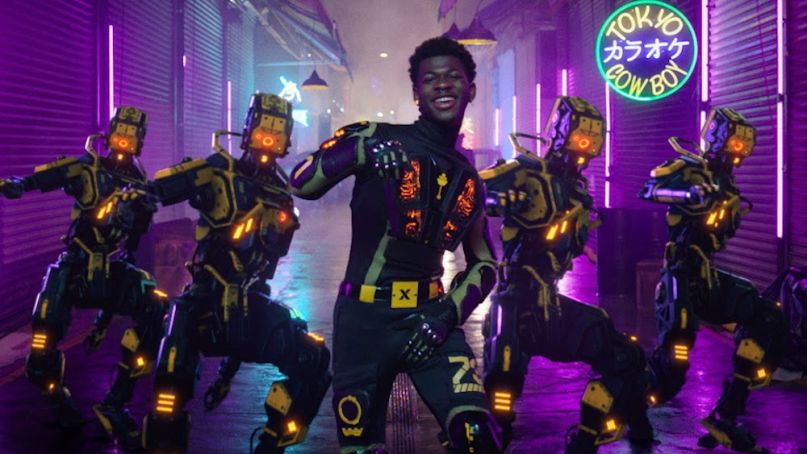 After storming Area 51 and the wild, wild west on his record-breaking “Old Town Road”, music phenom Lil Nas X is now galloping off into the future. And according to his newly unveiled video for “Panini”, that world is filled with holograms, robotic armor, floating cars, and Iron Man-like flying technology.

Helmed by Mike Diva, a YouTuber and director who specializes in special effects, the new clip is a glossier update on Lil Nas X’s futuristic MTV VMAs “Panini” performance last month. The young rapper stars alongside Disney actress Skai Jackson, whom he follows around in hopes of winning over her fandom.

The “Panini” single — which features an interpolation of Nirvana’s “In Bloom” — is about a fan “who loves you in the early stages of your career for the cool factor of knowing about something before it becomes mainstream,” a press statement reads, “and that fan feeling like they’ve outgrown you when the rest of the world catches on.” Watch the video below.

Lil Nas X has a handful of fall tour dates scheduled, and you can snag tickets here.