The shock-rocker's third album has a clear David Bowie influence 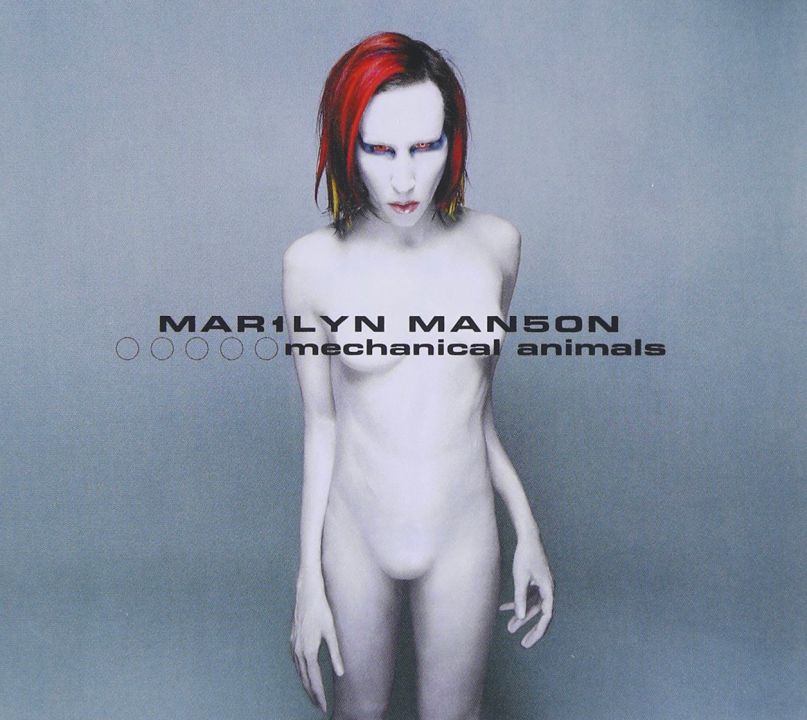 After the success of Antichrist Superstar, Marilyn Manson’s third album, Mechanical Animals, was eagerly anticipated. At a time when fans often lined up at record stores at midnight to purchase an album the day it came out, Mechanical Animals was no exception.

Once fans got the CD in their hands, even just looking at the cover (which features an androgynous, naked, alien version of Marilyn Mason), they knew they were in for something very different from the darker, grittier Antichrist Superstar.


The noisy aggressive industrial effects of Antichrist Superstar (that were most likely the influence of Reznor) were replaced by more trippy, ’70s glam-rock keyboard lines. Crunchy, industrial guitars were put aside for a cleaner more alternative rock guitar sound. This album also made it evident that Manson could sing, with a gritty croon many compared to T. Rex’s Marc Bolan.

Clearly influenced by David Bowie more than it was Nine Inch Nails, Mechanical Animals was certainly a departure from the band’s previous work. At the time of its release,  MTV tasked a teenage blogger with giving his first impressions of Mechanical Animals, and he wrote, “Mechanical Animals is so different from Antichrist Superstar and Smells Like Children, it’s frightening.”

The departure from Antichrist Superstar was deliberate, as Mechanical Animals was Marilyn Manson’s first album without “the heavy hand” of Trent Reznor, as he referred to it, who had signed the band back in 1993 to his Nothing Records label. Manson told Rolling Stone that “this record establishes that we have our own musical identity without someone telling us what to do.”

Obviously, fans must have not been too put off by the band’s new direction as it was the first Marilyn Manson album to debut at No. 1 on the Billboard 200 chart after it was released on September 15th, 1998.

Once fans got past how different it was, they had to admit it was a damn good album. From the first riff of opener “Great Big White World” — with its effects-laden guitar and the lyrics, “In space/ The stars/ Are no nearer/ They just glitter/ Like a morgue” — until the last echoes of closer “Coma White,” Mechanical Animals takes you on a drug fueled journey through space, aka the Hollywood Hills.

Make no mistake, though, despite its glam-rock tendencies, there is still a very dark undercurrent to Mechanical Animals as it explores the trappings of fame and the hollowness of the Hollywood celebrity life style.

In retrospect, this album is not actually that far off from Manson’s earlier work, especially taking Portrait of an American Family into account. The punchy, upbeat guitars have elements of punk as much as they do pop. This is evident on songs like the sarcastic, post-punk “I Want To Disappear” with its catchy but still very rock ‘n’ roll chorus, and the edgy fast-paced “Posthuman.”

The hits on the album were upbeat glam tunes like “The Dope Show”, “I Don’t Like the Drugs (But the Drugs Like Me)”, and “Rock Is Dead” (which was featured on the soundtrack for the first Matrix film). However, one should not ignore the more introspective gems like the title track, the Pink Floyd-esque “The Speed of Pain”, and “The Last Day on Earth”, which sounds like the finale of an epic ’80s movie. Other highlights include the over-the-top “Fundamentally Loathsome”, with its larger-than-life blues guitar solo.

Lyrically, an innumerable amount of drug metaphors and references replaced rage at American society. Manson addressed the change in lyrical content in an NPR interview stating, “Both sonically and lyrically it’s about the depression of alienation, rather than the aggressiveness of it. It’s about the emptiness.” With lyrics like, “Yesterday man, I was a nihilist/ Now today I’m just too f**king bored” one isn’t sure if Manson is poking fun at his fans or himself, or maybe both.

Marilyn Manson also continued its legacy of having a revolving door of guitarists with John 5 replacing Zim Zum on the subsequent tour for the album. Despite leaving the band before Mechanical Animals release, Zim Zum is credited with composing and recording most of the guitar work on the LP which also had a notable guest appearance by Dave Navarro on “I Don’t Like the Drugs (But the Drugs Like Me)”.

Conceptually, the album is similar to Bowie’s Ziggy Stardust, with Manson inventing the alter ego character “Omega”, a drug-addled “alien messiah” who is captured on earth and forced to join a band called The Mechanical Animals. This alter ego accounts for Manson’s more glammed-out style at the time with fire-engine red hair, pink lipstick and sparkles instead of fishnets.

The album was fraught with controversy in true Manson fashion, with K-Mart, Wal-Mart and Target refusing to sell the album with the naked alien cover art. The “breasts” were covered with a sticker and the entire package was enclosed in blue cellophane, which appeased K-Mart and Target, but Wal-Mart still refused to sell it and then pulled all of Marilyn Manson’s albums for several years following the Columbine High School shooting on April 20, 1999.

That era of the band will be remembered for the attempts by the media and politicians to blame Manson for the mass shooting and nearly derail his career. Musically, though, it should be remembered for the the heady days when Mechanical Animals established Marilyn Manson as a more experimental artist than many of his 1990s counterparts.

While Marilyn Manson did come back to its industrial roots on future albums, he also never lost the “shimmering, flamboyant guitar grooves and strong melodic hooks,” as Rolling Stone put it, that began with Mechanical Animals.