The iconic Back in Black track "usually seems to work" 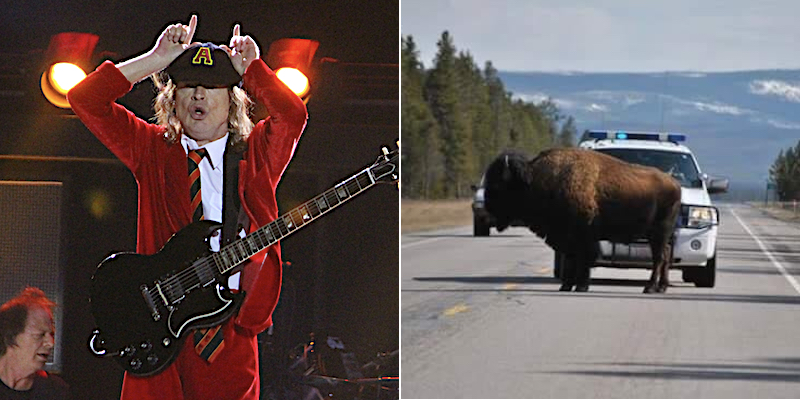 “Hells Bells” serves as the iconic opening track to one of the most successful rock albums of all time. That said, the AC/DC classic apparently is not a hit with bison in Montana.

The Back in Black tune has become the weapon of choice for police deputies in West Yellowstone as they attempt to herd stubborn bison off the area’s highways.

“Being a deputy around West Yellowstone comes with unusual duties, including herding bison off the highway so no one gets hurt. When deputies respond to a bison on the road, they turn on lights and siren and encourage the animal to leave the road with an air horn. With a reluctant bison, they’ve been known to play AC/DC’s Hell’s Bells over the speakers — that usually seems to work.”

While the plan is working now, it’s only a matter of time before the bison warm up to Angus Young’s legendary riff and Brian Johnson’s howling vocals. At that point, deputies may have to turn to Metallica’s “Don’t Tread on Me”, which has the power to scare off encroaching cougars.

As for AC/DC, there’s still no official word from the band, but it appears they’ve welcomed back classic members Brian Johnson, Phil Rudd, and Cliff Williams — with a new album possibly on the way.