Neil Young and Crazy Horse give “A love letter from us” to Earth: Stream 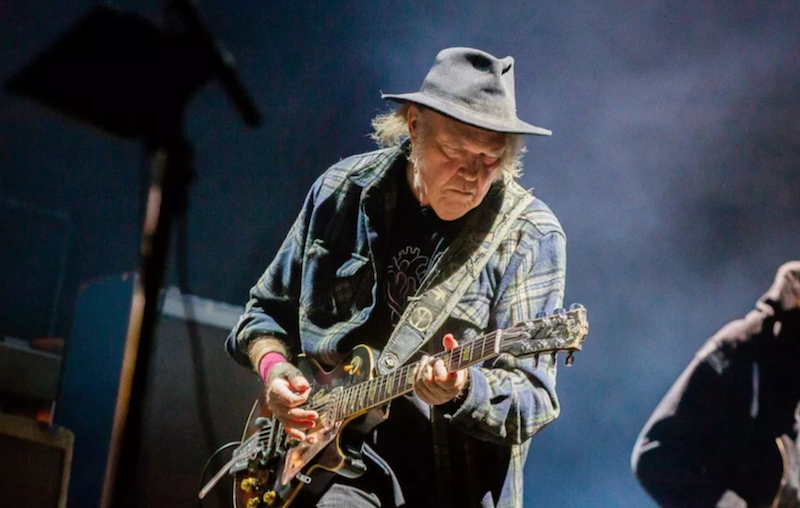 As we inch closer to the release of Neil Young and Crazy Horse’s upcoming album COLORADO, the rock titans have taken a moment to offer a modest ode to Earth called “A love letter from us”. Stream it below.

Barely breaking a minute, the instrumental tune takes steady stepping strums, recorded with a kind of in-the-room, string-buzzing intimacy. It’s simple, with vulnerability reminiscent of Young’s old acoustic work, or even the late Daniel Johnston. The tune is paired with a short video offering messages of all the reasons earth is such a sacred place, each one looping in the simple phrase, “love life.”

The message fits right in with COLORADO, which serves as a rallying cry for addressing climate change. So far we’ve heard August’s “Milky Way” and the recent “Rainbow of Colors”, one showcasing Young’s signature poetry, the other speaking politically candidly. Both tracks find Young’s voice somehow unchanged in decades. The album officially comes out October 25th via Reprise Records, but pre-orders are available now. With a handful of film projects in the works, Neil Young has put 2019 touring on hold.

Watch Neil Young and Crazy Horses’ “A love letter from us” below.

While you wait for COLORADO, revisit our 40th anniversary look at Rust Never Sleeps.