Songwriting legend calls for unity in the fight against climate change 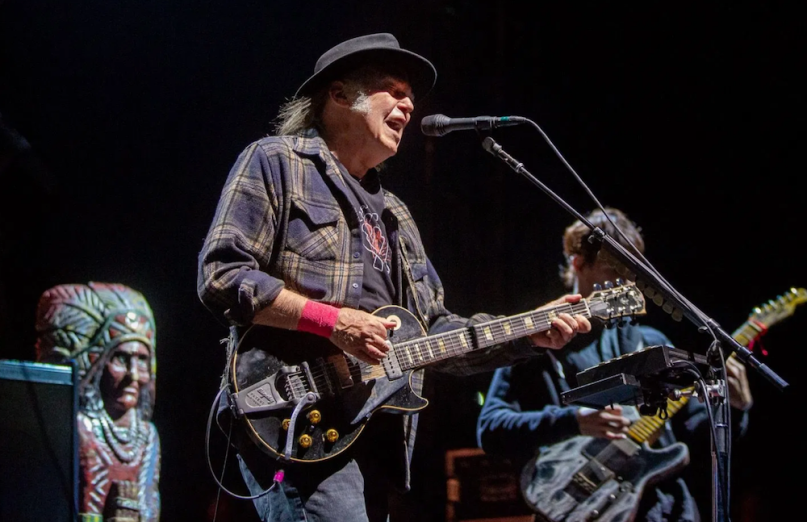 Next month brings the release of COLORADO, the first album in seven years from Neil Young and Crazy Horse. Fans were offered a preview of the record with August’s “Milky Way“. A second single, “Rainbow of Colors”, has now arrived.

On the track, the songwriting legend calls for unity in the face of climate change and lambasts Donald Trump’s lax position regarding the crisis. He explained on his Neil Young Archives website,

“The idea of the song is that we all belong together. Separating us into races and colors is an idea whose time has passed. With the Earth under the direct influence of Climate Chance [sic], we are in crisis together needing to realize we are all one. Our leaders continually fail to make this point. Preoccupied with their own agendas, they don’t see the forest for the trees.”

Young is no stranger when it comes to criticizing Trump’s climate change policies, or lack thereof. After losing his home in a California wildfire last year, Young denounced the POTUS, saying, “Imagine a leader who defies science, saying these solutions shouldn’t be part of his decision-making on our behalf.”

Stream “Rainbow of Colors” below.