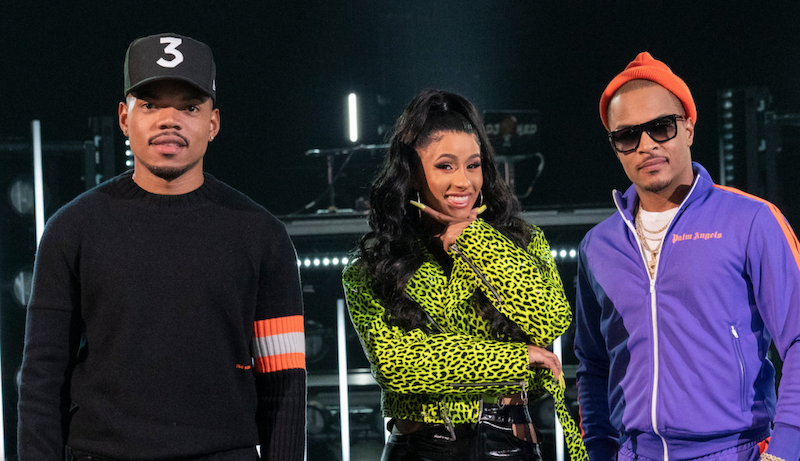 Cardi B, Chance The Rapper, and T.I. of Netflix's Rhythm & Flow

Last year, Netflix announced Chance the Rapper, Cardi B, and T.I. would serve as judges on Rhythm & Flow, a reality music competition show about finding hip-hop’s next superstar. Today, they’ve shared some new details about the event series and revealed a first-look trailer.

Rhythm & Flow will air on Netflix over three weeks, consisting of ten hour-long episodes set across multiple cities. The first round of four episodes drops on Wednesday, October 9th and delves into the audition process. Week two hits the streaming service on October 16th, with episodes five through seven finding contestants competing in cyphers and rap battles. The series wraps on October 23rd, with the rest of the episodes focused on sampling, collaborations, and the finale.


The competition will be one of Netflix’s first forays into the weekly release regiment, rather than dropping the entire series all at once. The hope is to build momentum with viewers instead of simply encouraging binge sessions.

Rhythm & Flow was developed by John Legend, Jesse Collins, and Jeff Gaspin, who all serve as executive producers. In the words of Cardi B, “It’s gonna be litty like a f*cking titty.”

Watch the official trailer for Rhythm & Flow below. In addition to watching Chance the Rapper, Cardi B, and T.I. on Netflix, fans will have opportunities to catch all three one the road in the coming weeks. Chance’s tickets can be found here, Cardi’s here, and Tip’s here.