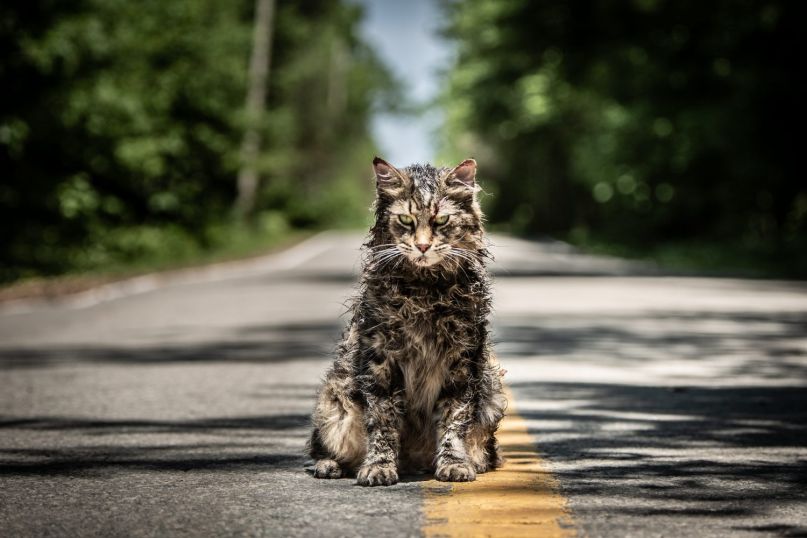 Sometimes vinyl is better: Christopher Young’s unnerving score to this year’s Pet Sematary has received the Waxwork treatment. This time around, they’re keeping the colors in the Creed family name — and yes, we do count their frisky feline.

The deluxe double LP finds the chilling sounds pressed to what they’ve dubbed “Church”-colored vinyl, and it’s exactly what you think. One disc features the marble textures of the undead cat’s fur, while the other glows with the unnatural neon green in its eyes.

In addition to the cheeky coloring, the set includes new artwork by Christopher Shy, liner notes from Young, printed inserts, and an old-style gatefold jacket. It’s a swanky release, but did we expect anything less from Waxwork? Nope.

Orders are currently on-going. Below, you can check out images of the release, stream the album in its entirety, and also listen to Young discuss the score in a past episode of The Losers’ Club in which he goes even deeper into his sprawling catalogue.