Debut album, Boat, set sail this past May 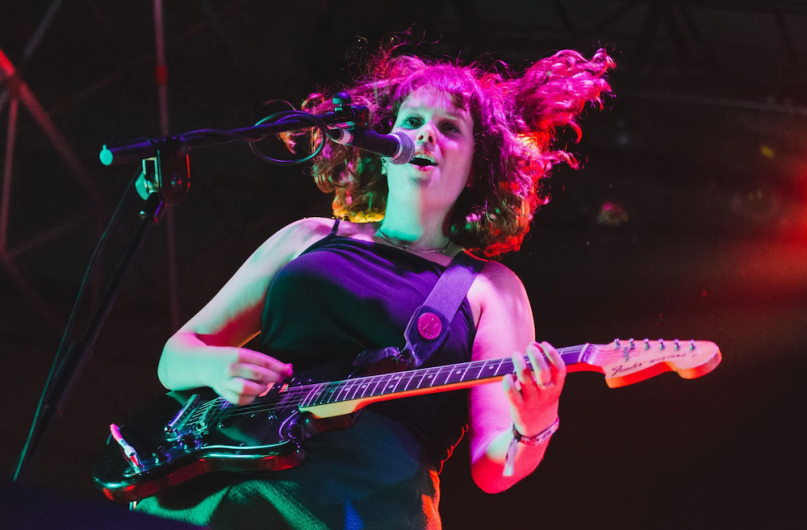 Pip Blom’s debut album, Boat, set sail only a few months ago, but already the Dutch songwriter is back with new music. Today brings the release of “Freckles”, a fuzzy, lo-fi single that eventually builds up to a fierce roar.

After a modest start of jangling guitars, Blom and her band bring the ruckus during the track’s punchy chorus. Expressing their frustration with a friend who is difficult to read, Blom wails, “It’s hard to tell what you think about, honey.”

(Read: When a Festival is Defined by Its Name: Mad Cool 2019 Review)

In a statement, the group drew a connection between “Freckles” and Boat, as well as explained the new song’s adorable photographic artwork:

“We had an idea about our first album. And a 10-track record was only a part of that 😉 In a little while you will hear more details about what’s coming next, we think it’s going to be special, but our new single Freckles has always been part of that idea! So stay tuned for the news and listen to our new single with on the cover Pip on the beautiful island of Formentera when she was a little younger.”

Listen to “Freckles” below, which was produced by Dave McCracken (Beyoncé, The Stone Roses’ Ian Brown).

Expect Blom to roll out the tune during the band’s upcoming fall tour, which includes US dates and festival appearances at Iceland Airwaves and Corona Capital in Mexico. Grab your tickets here.