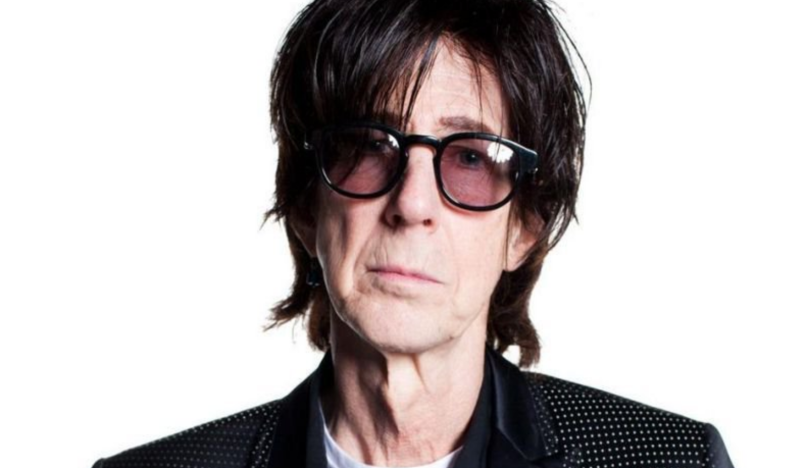 Ric Ocasek of The Cars

Ric Ocasek, frontman of Rock and Roll Hall of Fame new wave rock band The Cars, has died at the age of 75.

According to NBC 4 New York, Ocasek’s body was discovered by police officers at a New York City townhouse on Sunday afternoon. Update: The New York City Office of Chief Medical Examiner has concluded that Ocasek died from heart disease.


After growing up in Baltimore, Maryland, Ocasek moved to Cleveland, Ohio with his family at the age of 16. It was there where Ocasek met his longtime musical partner Benjamin Orr. The two performed together in a number of different bands throughout the late 1960s and early 1970s, including in a folk rock band called Millwood, a jazz rock outfit dubbed Cap’n Swing, and as an acoustic duo called under the name of Ocasek and Orr.

In 1976, Ocasek sought to form a new band that better reflected his rock ‘n’ roll and proto-punk leanings while also incoporating elements of art rock and bubblegum pop. The result was a new wave rock band called The Cars, featuring Ocasek as singer, rhythm guitarist, and chief songwriter, Orr on bass, Elliot Easton on lead guitar, Greg Hawkes on keyboard, and David Robinson on drums. The band quickly found success with the 1978 self-titled debut album, featuring a trio of top 40 singles in “Just What I Needed”, “My Best Friend’s Girl”, and “Good Times Roll”

The following year brought The Cars’ sophomore album, Candy-O. Propelled by the band’s first top 20 single, “Let’s Go”, the album ultimately peaked at No. 3 on the Billboard 200 and would go 4x double platinum.

The Cars continued to experience great success throughout the 1980s, releasing three consecutive Top 10 albums. 1980’s Panorama saw the band embracing a more experimental sound, but the album proved nonetheless successful with a top 5 debut. The following year, Th Cars returned to a more pop-oriented sound for the release of Shake It Up, and with it brought the band’s first top 10 single in the album’s title track.

(Read: 10 Songs By The Cars That Made Films Better)

The band’s fifth album, 1984’s Heartbeat City, matched the success of Candy-O, peaking at No 3. and going 4x double platinum. The album contained two top 10 hits in “Drive” and “You Might Think”.

The Cars announced their breakup in 1988 as the band’s members opted to focus on their own respective solo projects. Over the next decade, Ocasek released a number of solo albums, collaborated with the likes of Suicide’s Alan Vega and Smashing Pumpkins’ Billy Corgan, and emerged as a go-to producer for bands like Weezer (The Blue Album and The Green Album), Bad Brains (Rock for Light), and Guided by Voices (Do the Collapse).

In 2010, Ocasek reunited with Easton, Hawkes, and Robinson (Orr died of pancreatic cancer in 2000) for a new album, Move Like This, which they supported with a brief tour and an appearance at Lollapalooza.

In 2018, The Cars were inducted into the Rock and Roll Hall of Fame. During their induction ceremony, Ocasek, Easton, and Robinson reunited once more for a brief four-song set.