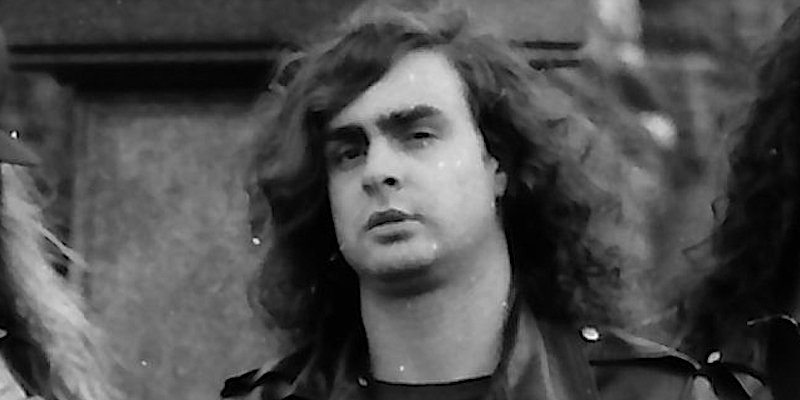 Richard Brunelle, former guitarist for death metal legends Morbid Angel, has passed away at the age of 55. No immediate cause of death has been revealed.

The guitarist was a member of Morbid Angel during the band’s formative years, from 1985 through 1992. He appeared on the band’s early albums, including the genre-pioneering 1989 debut Altars of Madness and 1991’s Blessed Are the Sick. He also played on the early demo Abominations of Desolation, which was recorded in 1986 but officially released in 1991.

Brunelle passed away on Monday, September 23rd, but his death wasn’t widely publicized until late in the week. According to Blabbermouth, his sister-in-law wrote on Facebook, “This devastating post is at the request of my husband and his mother. It is with deep regret and sorrow that we inform Richie’s friends and fans that he passed away… Rest in peace, Richie. You were so loved and will be forever missed.”

“I am beyond devastated and shocked about Richard Brunelle passing away on Monday. As of right now I only know that it happened on Monday and I had talked to him just this month. … I had always hoped that one day Richard, Trey [Azagthoth] and I would at least get together one more time to jam, even if it was only in the back room of my house, it was then and still would have been pure Magick! Please do not ask me what happened because I only know what everyone else knows right now.”

Another of the band’s former drummers, Pete Sandoval, wrote, “This is really sad! So many great memories we shared together that I’ll never forget, hope and wish you are in a better place.”

Brunelle returned to Morbid Angel in 1994 and 1998 to help out with live dates, but never appeared on another album. He went on to form the band Paths of Possession in 1999, but left before they were signed to Metal Blade Records.

For much of the 2000s, Brunelle battled drug addiction, landing him in jail on numerous occasions. Last year, he attempted a musical comeback, launching the band Mosaic Covenants.