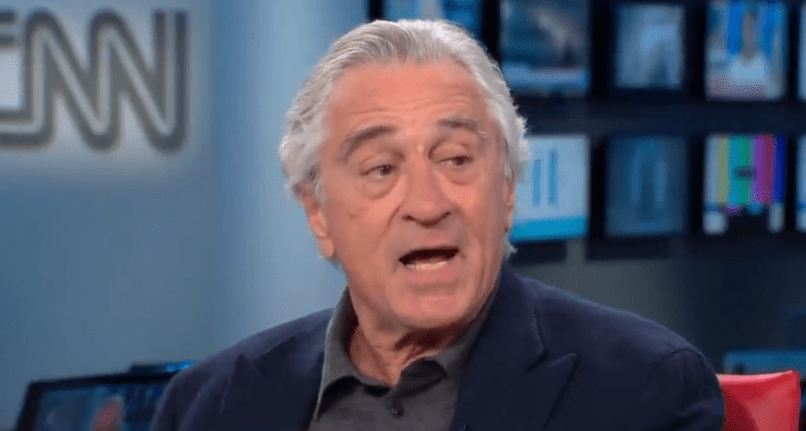 The Irishman actor flipped the script on the sanctimonious political discourse normally reserved for Sunday morning news shows by dropping not one, but two f-bombs during an appearance on CNN’s Reliable Sources. De Niro, a staunch opponent of Donald Trump, didn’t hold back when asked about criticism he receives from conservative pundits on FOX News: “Fuck ’em,” he replied. “Fuck ’em.”

Reliable Sources host Brian Stelter reminded De Niro that while he was on cable TV and not subject to an FCC violation, “it’s still Sunday morning.”

But De Niro, recognizing the existential threat facing America, wasn’t about to apologize for his choice of words. “We’re at a moment in our country, where this guy is like a gangster. This guy says things and does things… this is terrible. We’re in a terrible situation. And this guy just keeps going on and on without being stopped.”

And with that, Stelter took a commercial break.

—@BrianStelter asks Robert De Niro about criticism he gets from Fox for speaking out against Trump.

Stelter reminds him, "This is cable, so it's not an FCC violation, but it is still a Sunday morning." pic.twitter.com/9IOo1VvXCM

Robert De Niro is my Sunday morning mood. And Monday through Saturday too. https://t.co/W1ySDyN0RZ

Let’s be outraged at what’s happening to our democracy. Not at Robert De Niro’s language. Like seriously. F*ck ‘em. And let’s save this country. Thank you Robert De Niro. Dust to the folks concerned about Sunday morning language. Are you kidding? https://t.co/jDSP3Orl6n

When you invite Robert De Niro, do NOT try to direct him or edit him. https://t.co/oVexakWi75