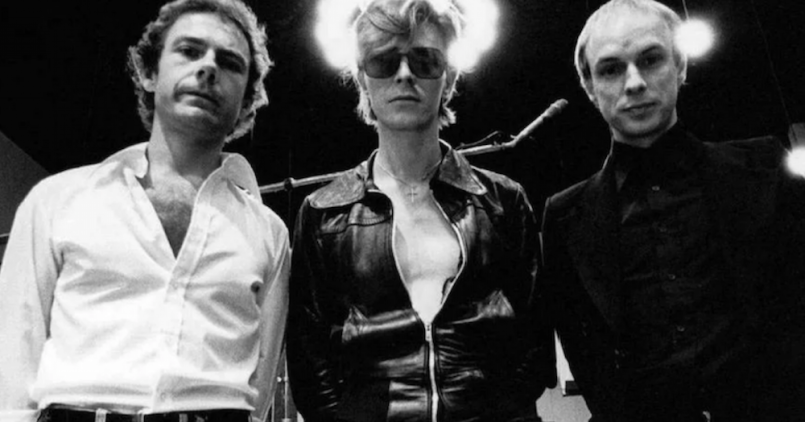 Along with co-founding King Crimson in the ’60s, guitar virtuoso Robert Fripp worked extensively in the studio with prominent musicians like David Bowie. Fripp specifically contributed to 1977’s Heroes and Scary Monsters from 1980, though he’s never gotten the proper credit. Now, he’s taking action by launching a dispute with the Bowie estate.

Fripp detailed his grievances in a lengthy Facebook post on Tuesday. He said that despite serving as a “Featured Player” on both Bowie albums, his role has never been officially recognized by the late musician’s estate or Phonographic Performance Limited (PPL), a UK music licensing company and performance rights organization founded in 1934.

“This accreditation as a Featured Player is supported by Brian Eno, Tony Visconti, David Bowie himself (although the terminology was not then in use), and the court of Public Opinion over four decades,” Fripp wrote.

The King Crimson rocker blamed PPL’s archaic, convoluted “rules” regarding Featured Player status for this “historic injustice” against him.

Fripp argued that PPL has the power to change their own rules, and should do so to “serve what is right and true” and keep up with the present-day,

“Rules are not God-given laws to maintain the universe: they are created by people to organise and facilitate interactions in a fair and equitable fashion; which, in the nature of things, can never be exactly foretold. So, with intelligence and goodwill, where the rules do not allow for what is Right to be acknowledged and addressed, the rules are modified to take exceptional / novel situations into account. This is the Principle of Progressive Approximation: rules are fine-tuned to serve what is Right and True in our society.”

The 73-year-old Fripp closed his message by ripping on the music industry as a whole. “Fifty-two years of direct, hands-on experience suggests to me that the majority of players who operate the system, operate the system to serve their own interests,” he remarked.

“There are a small number of players whose aim is ethical action in business; not directing the industry to promote their own personal interests; these assertions supported by decades of documentation.”

Update: A representative for Fripp has clarified that the King Crimson guitarist hasn’t yet taken official legal action. “At present, we are still committed to resolving this through ongoing discussions with PPL and Bowie estate. Only if this fails, will we launch legal action,” the rep told Rolling Stone.

“A professor in intellectual property and comparative law has asked to review the PPL rules, as it seems that they discriminate against instrumentalists and are not appropriate for historic releases. An alteration in their rules would seem there obvious solution, which would resolve both this and other historic injustices.”