The groundbreaking photographer captured the Stones on their 1972 tour 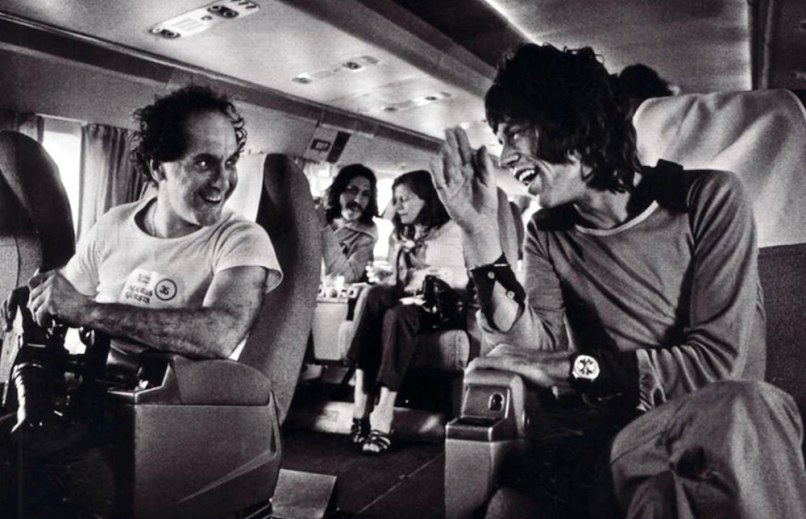 Photography pioneer and Rolling Stones documentarian Robert Frank has passed away. He died in his home in Nova Scotia at the age of 94.

“We’re very sad to hear the news that the visionary photographer and filmmaker Robert Frank has died,” The Rolling Stones mourned in an official statement. “Robert collaborated with us on a number of projects including the cover design of Exile on Main Street and [he] directed the Cocksucker Blues documentary. He was an incredible artist whose unique style broke the mould. Our thoughts are with his family and friends at this time.”

Frank released his groundbreaking book, The Americans, in 1958. Featuring an introduction from Jack Kerouac, the project was comprised of black-and-white photos of American society.

The Swiss-American photographer is perhaps more famously known for Cocksucker Blues, his controversial documentary on The Rolling Stones. The film was commissioned by the band following Frank’s photography work for the cover of Exile on Main Street.

Footage for Cocksucker Blues was captured by Frank during the band’s 1972 tour. Shot cinéma vérité-style, it features countless shocking behind-the-scenes moments. The documentary includes a scene in which frontman Mick Jagger is seen snorting cocaine, while others show Rolling Stones groupies doing drugs at a party.

Because such footage could potentially taint their reputation, The Rolling Stones sought to prevent Frank from releasing the film. A legal battle ensued until the two parties finally agreed — though to quite unusual terms.

The English rockers allowed for Cocksucker Blues to be screened in an “archival” setting. However, Frank could only do so four times each year and had to be present for each screening event.

“It’s a legal ruling right out of the stoned ’70s: a little ungapatchka, not really all that logical,” wrote Variety in 2016. “But the result is that ‘C—sucker Blues’ is the underground document of rock & roll excess that isn’t entirely lost.”

In recent years, Cocksucker Blues has been shown at the Museum of the Modern Art in New York in 2012, as well as during the Telluride Film Festival in Colorado in 2015.