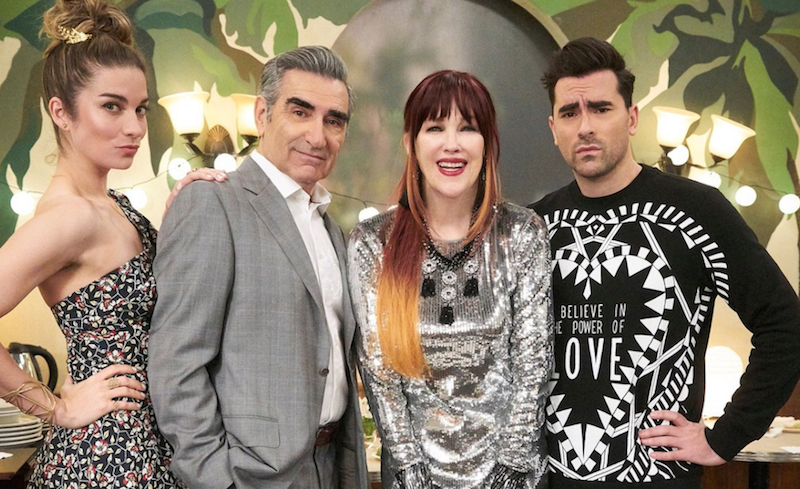 The final days of Schitt’s Creek are closing in, with the sixth and final season set to debut on Pop TV next year. But fans who don’t pay for the subscription channel still have some catching up to do — and now we know when they’ll have the chance. Six months after it debuted on Canada’s CBC and Pop, Season 5 of Schitt’s Creek will finally make its way to Netflix on October 10th.

For those who haven’t waded into the waters yet, Schitt’s Creek is the creation of Dan Levy and his father, Eugene Levy. The show originally began its life up north on CBC before linking up with Pop TV for US syndication. However, it wasn’t until episodes became available on Netflix that the show really started picking up heavy momentum in the States.

“The show has been well-known in Canada for some time, but it’s only been in the last little while that I’ve been walking down the street in the US and people have come up and said either ‘I love your show’ or ‘Thank you.’ I never know what to say. ‘Um… you’re welcome?’ But, I think because we’re Canadian, it all comes with a grain of salt and we all know it could go away tomorrow. We’re still just that little team up in Canada just trying to get a show made.”

The Levy men star in Schitt’s Creek alongside Catherine O’Hara and Annie Murphy as the wealthy (and cringeworthy) Rose family. After a tumble into financial despair, the fam is forced to move to Schitt’s Creek, a small town father Johnny Rose had bought for his son as a lark. Of course, their new hamlet is populated with its own cast of oddballs, namely mayor Chris Elliott.

Over the summer, the series received four Emmy nominations, including Outstanding Comedy Series, and Lead Actor and Actress nominations for both O’Hara and the elder Levy.

Keep an eye out for news on Season 6 as well, which just wrapped up in June. It’s set to air on Pop and CBC sometime in 2020, hopefully making its way to Netflix not long after.