Snoop Dogg and Migos team up for new track “My Family”: Stream

A star-studded collaboration for the new Addams Family movie 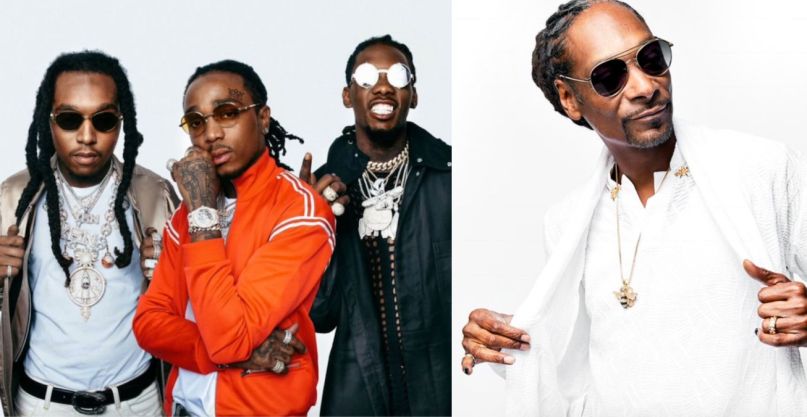 Snoop Dogg and Migos, "The Family"

Snoop Dogg and Migos have contributed a new track to the upcoming animated reboot of The Addams Family.

Aptly titled “My Family”, it begins with the original and recognizable Addams Family melody, but then becomes totally modern with the incorporation of a trap beat and some sirens. The track’s construction actually mirrors the premise of the film, which sees the Addams family comically adjusting to modern life in the 21st century. Produced by Rock Mafia, Snoop Dogg and Migos are joined by Colombian singer Karol G, who also contributes some vocals on the track.

In theaters on October 11th, the film features a star-studded cast of voices, which include Allison Janney, Oscar Isaac, Charlize Theron, Chloë Grace Moretz, Finn Wolfhard, Nick Kroll, Bette Midler, and Elsie Fisher. Snoop Dogg will play a pimped out version of everybody’s favorite family member, Cousin It, which we got a first look at back in August.

Listen to “My Family” below. According to Variety, another original song for the film’s soundtrack will drop later this month. It’s called “Haunted Heart”, and it will come by way of Christina Aguilera.