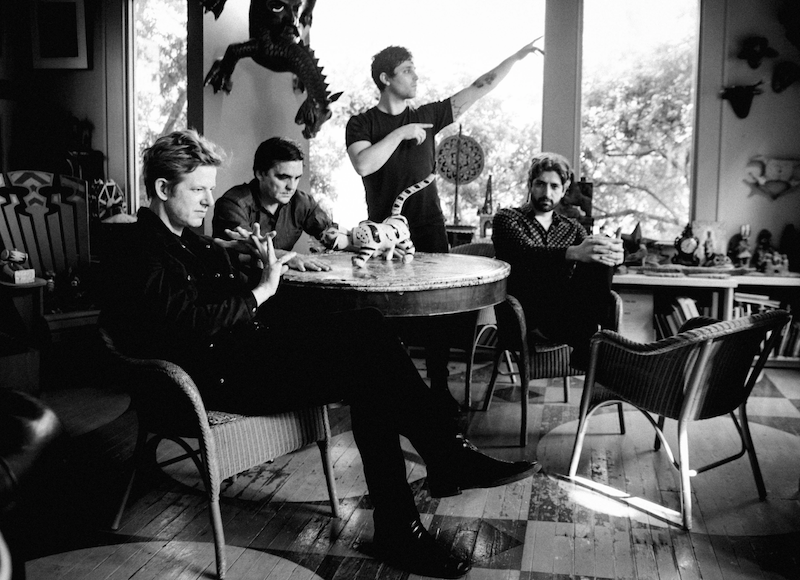 Back in the thick of summer, Spoon released their Everything Hits at Once greatest hits collection. In addition to highlights from the beloved indie outfit’s career, the compilation featured a brand new cut, “No Bullets Spent”. That single was also given a 7-inch release that featured the A Series of Sneaks-era B-side “Shake It Off”. Now, for the first time, Spoon has made “Shake It Off” available online.

With a throwback shimmy in its rollicking rhythm, “Shake It Off” is certainly one of Spoon’s looser tracks. Being Spoon, though, it’s no less of a bop, a reminder that Britt Daniel and the band have been producing some of the most addictive indie rock for decades.

In related news, Daniel recently teamed with Fender to create the Britt Daniel Signature Telecaster Thinline guitar. Check it out at the Fender website, and hear the Spoon frontman discuss the instrument below.