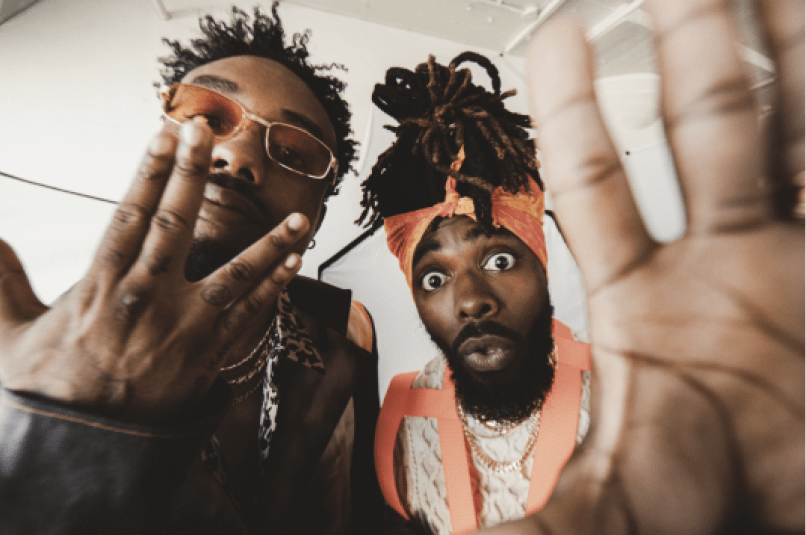 One of the most anticipated hip-hop albums of the year finally has a release date — and it’s a lot sooner than you think. EarthGang’s debut record on Dreamville, Mirrorland, is set to arrive later this week on September 6th. As if that weren’t enough, the ATLiens have shared a new single, “Ready to Die”.

EarthGang have been kicking around rap’s underground since 2008, but the breakout success of 2015’s Strays with Rabies brought them the attention of J. Cole. Once signed to Dreamville, the duo of rappers Olu and WowGr8 put out an excellent trilogy of EPs, stole the show on Revenge of the Dreamers III, and generated more buzz than a chainsaw convention. We even named them one of our Artists of the Month last year.


In addition to announcing Mirrorland’s release date, EarthGang have shared a new single called “Ready to Die”. The accompanying music video is directed by Chad Tennies and Mac Grant, and shows off EarthGang’s typically kooky visual style. Check out the clip below.

“Ready to Die” is our fourth taste of Mirrorland, following “Stuck”, “Proud Of U”, and “Up”. In support of the new LP, EarthGang is about to embark on a tour of Europe, South Africa, and Australia. Update: The duo have announced a North American fall tour leg called “Welcome to Mirrorland”. Get your tickets here.