Supergrass announce reunion tour, share cover of The Police’s “Next to You”: Stream 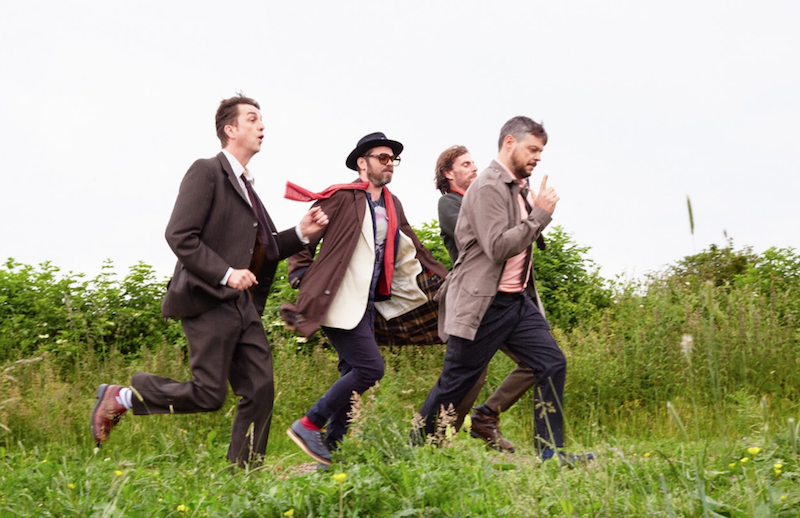 After making a surprise appearance at Glastonbury’s Pilton Party over the weekend, Supergrass have confirmed their full reunion plans for next year.

Most anticipated of all is the Britpop favorites’ reunion tour, which mark their return to the road after nearly a decade.  The 13-date trek will focus largely on the UK and Europe, with only two US shows on the docket: April 1st at Los Angeles’ Wiltern and April 9th at New York’s Brooklyn Steel.

Tickets go on sale September 13th at 9:00 a.m. local time; considering how quickly their undersell tonight at Oslo’s Hackney sold out, we’d expect tickets to go fast. Regardless, you can get tickets here.

To further celebrate the 25th anniversary of their I Should Coco debut, Supergrass have also announced a career-spanning box set. Dubbed Supergrass: The Strange Ones 1994-2008, the collection comprises all six of their LPs both on CD and stunning picture discs featuring each album’s cover artwork. To recap, the band’s records include 1995’s I Should Coco plus In It for the Money (1997), Supergrass (1999), Life on Other Planets (2002), Road to Rouen (2005), and Diamond Hoo Ha (2008).

Fill outing the box will be a four CDs of previously unreleased live performances including radio sessions and acoustic sets; two CDs of remixes, B-sides, and rarities; and a final CD of previously unreleased demos, outtakes, and “oddities.” In addition, there’s a 7-inch vinyl single featuring 2020 remixes of “Caught by the Fuzz” and “Richard III”. Finally, the box will also house four posters, eight buttons featuring images from 2004’s Supergrass Is 10 greatest hits collection, and a 52-page book of essays and photos.

Ahead of The Strange Ones’ release on January 24th, 2020, the band promises to share five previously unheard tracks from the collection. First up is a ripping cover of The Police’s “Next to You”, which you can stream below.

Ahead, find the dates for Supergrass’ reunion trek, followed by images of The Strange Ones 1994-2008. Selections from the box set will also be released on a double-LP, the tracklist and artwork for which is also below.