Asked it the band was truly finished, the guitarist gave a blunt response: "Yeah" 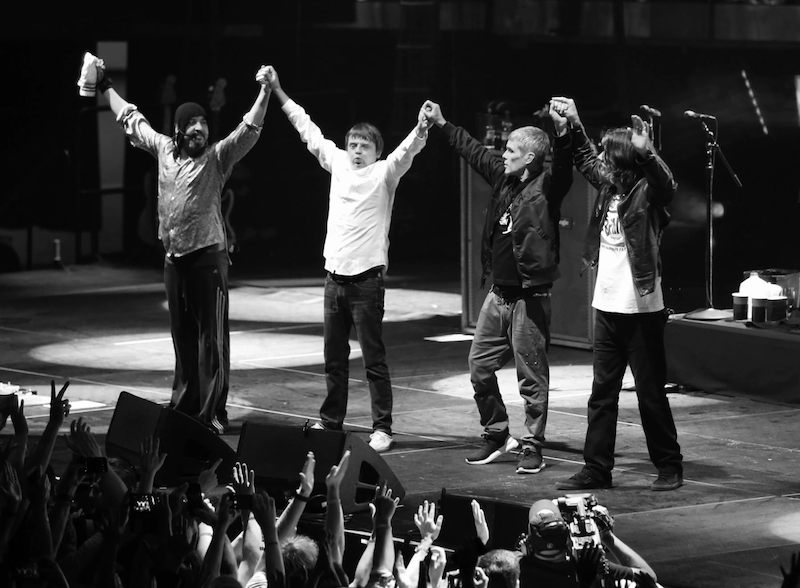 We all knew this day was coming, but it’s still hard to hear. Guitarist John Squire has confirmed that The Stone Roses have officially broken up for a second time.

After splitting in 1996, the British rock greats first got back together 15 years later for a series of reunion shows. They continued to play together sporadically over the years, with short jaunts across Europe and North America. All the while there was the promise of a third album, with expectations heightened upon the release of two singles, “All for One” and “Beautiful Thing”, in 2016. It now looks like that project will never materialize, however.

Speaking with The Guardian about his new art show, Disinformation, Squire responded bluntly to a question about The Stone Roses being truly over and done with: “Yeah.”

He wasn’t eager to elaborate, seemingly peeved that interviews about his painting always derailed into getting “down to the serious business of finding out what the scoop is on the band.” “It was quite a brief period that gets a lot of attention still,” he added. “I was surprised at the level of support we got when we got back on stage.”

(Read: 20 Moments That Made Coachella What It Is Today)

Possibly alluding to why the Roses are indeed dead, he did mention that frontman Ian Brown — with whom his many disagreements led to the band’s original dissolution — wasn’t invited to the art show. Bassist Gary “Manni” Mounfield was, however, though Squire wasn’t sure he’d actually show.

The Stone Roses previously alluded to their breakup during what will likely go down as their final concert on June 24th, 2017 at Glasgow’s Hampden Park. “Don’t be sad that it’s over,” Brown cryptically told the crowd, “be happy that it happened.”