Musicians call on Ticketmaster to ban facial recognition at concerts

Tom Morello, Amanda Palmer, The Glitch Mob, and more are backing the campaign 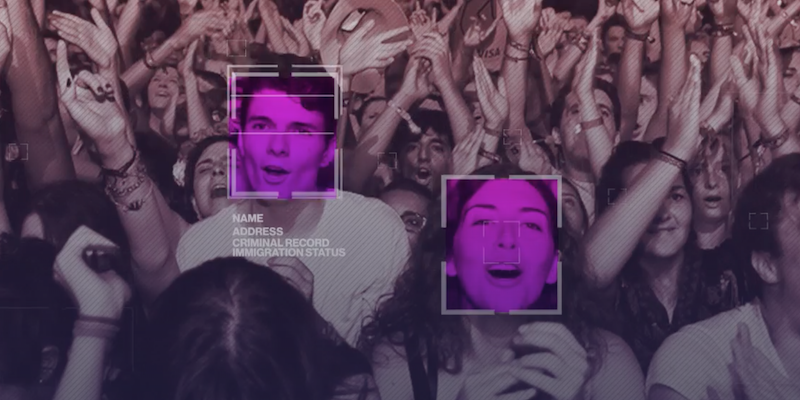 It’s no secret that facial recognition surveillance is creeping into every corner of our lives, but it doesn’t have to be. Digital rights group Fight for the Future has launched a grassroots campaign calling on Ticketmaster to bar the use of facial recognition from live concerts and festivals.

Last year, Ticketmaster’s parent company Live Nation invested in a facial recognition company called Blink Identity and has begun to implement the tech at some of its events. Most notably, facial recognition was used during Taylor Swift’s 2018 Rose Bowl performance to identify and intercept the musician’s stalkers.

However, with multiple reported errors of misidentifying people of color, the invasive innovation “puts undocumented fans, fans of color, trans fans, and fans with criminal records at risk of being unjustly detained, harassed, or judged,” as stated by FFTF’s mission statement.

Artists such as Tom Morello, Amanda Palmer, The Glitch Mob, The Gaslight Anthem’s Brian Fallon, and Atmosphere have already come forward to vocalize their support of the Ban Facial Recognition campaign. In a recent tweet, Morello stated, “I don’t want Big Brother at my shows targeting fans for harassment, deportation, or arrest.” Update: A number of festivals — including Bonnaroo, Austin City Limits, and Electric Forest — have also publicly stated they have no plans to implement facial recognition technology.

Echoing the sentiment, Palmer tweeted, “People should feel safe & respected at shows, not subject to surveillance, harassment, deportation, or arrest.”

See both Morello and Palmer’s Twitter responses below. To keep informed or join the movement, check out the Ban Facial Recognition website.

For what it’s worth, there is one full proof way to avoid facial recondition technology: Dress like a Juggalo.

I don’t want Big Brother at my shows targeting fans for harassment, deportation, or arrest. That’s why I’m joining this campaign calling on @Ticketmaster and others not to use #facialrecognition at festivals and concerts. https://t.co/i3a9oPIa5C

people should feel safe & respected at shows, not subject to surveillance, harassment, deportation, or arrest. please join me and @fightfortheftr to tell @Ticketmaster & others not to use #facialrecognition at festivals and concerts https://t.co/vdIKF2hbKo #DontTrackFansAtShows