Navy acknowledges existence of UFOs for first time, and we have Tom DeLonge to thank 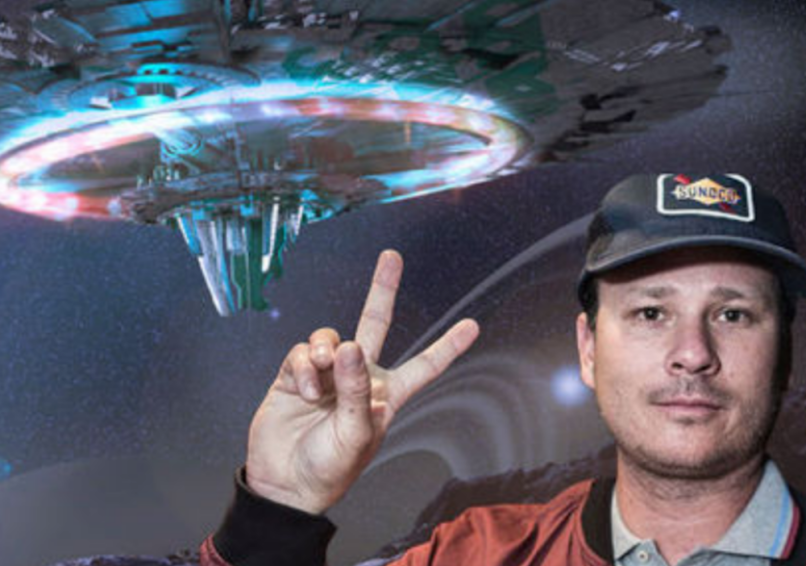 Tom DeLonge was right about aliens

Three years ago, Tom DeLonge hung up his pants and jacket and quit Blink-182 in order to dedicate more time to his UFO research. It appears his efforts have not been in vain: thanks to videos posted by DeLonge’s research academy, the US Navy has confirmed that aliens do exist.

The three clips in question were shot in 2004 and 2015. One shows US Navy pilots chancing upon an unknown aircraft in San Diego, while the other two capture an unusually rotating object flying over water. DeLonge made the videos public through his To The Stars Academy in 2017 and 2018, with each racking up millions of views.

Because of the buzz surrounding the incident, the US Navy initiated an investigation, but was unable to determine the identity of the objects. As such, a spokesperson told Motherboard that “the Navy considers the phenomena contained/depicted in those three videos as unidentified.”

The finding is significant because, up until this time, the Navy has determined other unusual flying objects to be weather balloons or drones. In the case of DeLonge’s video footage, however, the Navy is specifically using the label “Unidentified Aerial Phenomena”.

“That the Navy is using the term ‘Unidentified Aerial Phenomena’ shows that they have broadened what is expected to be reported by U.S. fighter pilots to investigate anything unknown in their airspace that in the past has been connected with a stigma,” Roger Glassel, a Swedish writer and UFO specialist, told Motherboard.

In the opening verse of Blink-182’s Enema of the State track “Aliens Exist”, DeLonge sings about “the creatures from above” creeping “in the backroom” of his parents’ house in… Poway, California, which is just 20 miles north of San Diego. Turns out DeLonge’s been right all along these past two decades.

We imagine DeLonge is celebrating with a couple of Carvel flying saucers right now, as he makes his way across the US on his Angels and Airwaves comeback tour. To catch the punk rock-loving UFO expert in the flesh, head here to grab concert tickets.