The song is featured in a short film 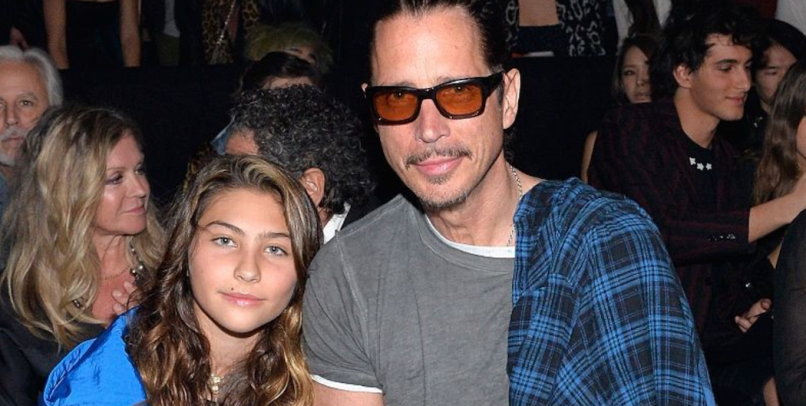 Toni Cornell, the daughter of Chris Cornell, has released her first-ever single. The song, titled “Far Away Places”, was produced by her dad. Listen to it below.

According to Spin, “Far Away Places” is the “musical centerpiece” of a short film called Far Away Places that’s currently screening at various film festivals. The film follows a young boy from Los Angeles who flies to Tahiti to visit relatives only to discover his younger cousin is being abused. Proceeds from the song will be donated to the New York Society for the Prevention of Cruelty to Children.

“Far Away Places” is a melancholic number about seeking help and trust. Musically, it’s an interesting combination of instruments, focusing on an acoustic guitar melody while light percussion, keys, and what sounds like some wooden xylophone. The song’s credits reveal that she wrote the song herself, and production falls in the hands of Chris Cornell. Stream it below.

Just yesterday, Toni Cornell turned 15 years old, which means she wrote the song when she was even younger than that. It’s no surprise she’s got talent, though. Last year, she shared a duet cover of Prince’s “Nothing Compares 2 U” on Father’s Day. In 2017, several months after her father passed away, she covered “Hallelujah” as a tribute on Good Morning America.

In recent news, Soundgarden recently released Live from the Artists Den, a live recording of their legendary 2013 concert in Los Angeles. Supposedly a new Soundgarden album is in the works as well, but it’s delayed over rights to Chris Cornell’s demos.