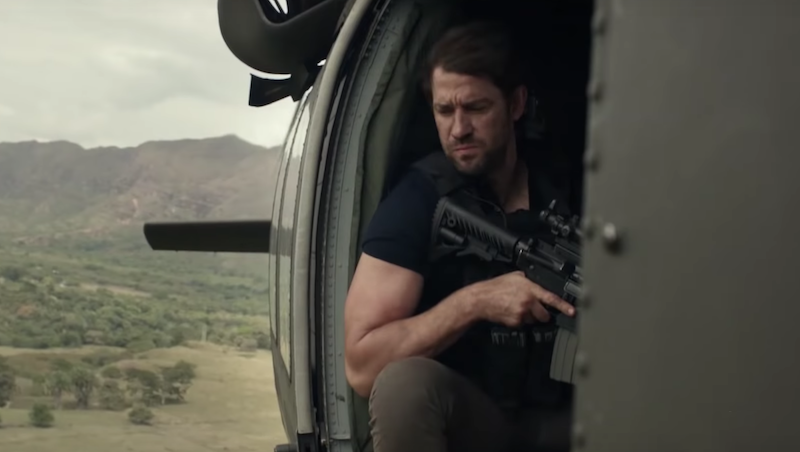 After a first season foiling terrorist plots in the Middle East, Tom Clancy’s Jack Ryan is off to Venezuela. The new trailer for Season 2 of the Amazon Original finds America’s favorite spy (John Krasinski) fretting about Venezuela’s collapsing government, secret Russian money, and rogue nuclear weapons. Though Jack Ryan famously said, “I don’t interrogate people, I write reports,” we doubt the show will ignore all those explosions in favor of some breakneck paper pushing.

While the new preview has surprisingly few pencils being sharpened, it does feature more of the lush scenery and exotic locales that have come to define the series. Krasinski keeps putting on more muscle, in the naive hope that we’ll see him as a spy and not Jim Halpert with a gun. Wendell Pierce returns as Ryan’s superior, James Greer, and veteran character actor Michael Kelly joins the cast as CIA agent Mike November. Noomi Rapace will be playing a German intelligence agent who in the trailer can be heard seductively whispering, “Business or pleasure?” So in the grand tradition of spy stories, Jack Ryan will probably have zero feelings about her character one way or the other.

Of course, if you’re a different kind of Krasinski fan, this preview may not satiate your cravings. Thankfully, the sequel to last year’s surprise smash horror film A Quiet Place entered production over the summer. With Krasinski returning as writer-director and his real-life wife, Emily Blunt, back in the lead role, the film will also star Cillian Murphy and Djimon Hounsou. A Quiet Place: Part II is set for release on March 20th, 2020.