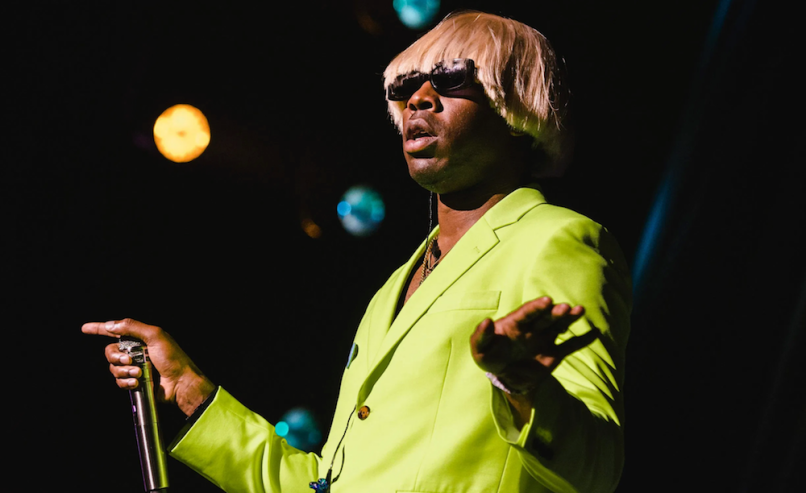 An Alabama college student has been accused of making a terroristic threat after writing Tyler, the Creator song lyrics on a piece of school property. The scribbled lines in question are taken from the rapper’s 2011 “Radicals” track and read, “Kill the people/ Burn shit/ Fuck school.”

Jack Aaron Christensen, a 21-year-old student at the University of South Alabama, has been arrested and charged by police, reports The Associated Press. Per a filed complaint, Christensen wrote the “Radicals” lyrics on a large flip chart in the school’s library “on or around” September 11th, the anniversary of the World Trace Center attacks in 2001. He also jotted down the phrases “hail satan 666/ praise the devil.”

Ironically enough, the opening seconds of “Radicals” feature an explicit disclaimer. “Hey, don’t do anything that I say in this song, OK?/ It’s fucking fiction/ If anything happens, don’t fuckin’ blame me, white America.”

Further details regarding the charges haven’t been disclosed, but Christiansen has been “barred from university property pending the outcome of student conduct processes,” according to Michael Mitchell, Vice President for Student Affairs. “No matter the circumstances, our police must treat any possible threat with the utmost seriousness and act immediately to ensure the safety of our campus community.”

This isn’t the first time Tyler and his lyrics have drawn negative attention. Odd Future was previously barred from performing in New Zealand because of their song lyrics. Up until just recently, Tyler himself was banned from the UK over claims that the rapper “encourages violence and intolerance of homosexuality” and “fosters hatred with views that seek to provoke others to terrorist acts.”

The IGOR artist hasn’t faced such harsh scrutiny here in the US, but it’s fascinating to see how America can label the mere act of writing out song lyrics as “terroristic,” while failing to charge actual mass shooters inspired by white nationalism with domestic terrorism. Let’s hope these same authorities don’t hear about Tyler’s song titled “A BOY IS A GUN*”.

Revisit the Goblin track “Radicals” below.