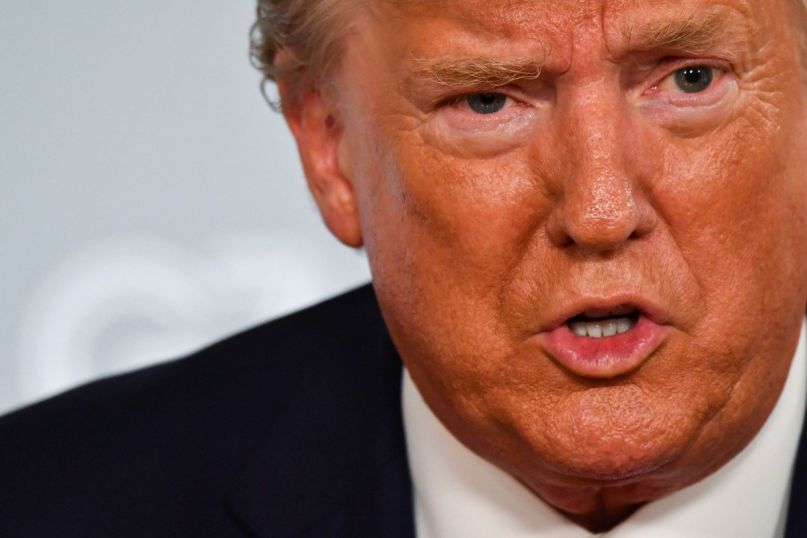 Even in an alternate facts-based world, there’s no denying Donald Trump is oranger than most. Hell, even Trump himself acknowledges as much. Rather than blame a bad artificial tanner (which many makeup artists and tanning experts say is the true reason for his orangey tint), Trump is blaming — wait for it — energy saving lightbulbs.

Earlier this month, the Trump Administration relaxed efficiency rules for light bulbs. In explaining its decision, the administration said the benefits of such energy efficient light bulbs didn’t warrant their higher costs, and that consumers should have the option to make their own decisions on how to light their home and work.

In actuality, however, it seems the rollback has more to do with how such light bulbs make Trump look. Speaking to House Republicans at a retreat in Baltimore this week, Trump discussed the policy change: “The light bulb. People said, ‘What’s with the light bulb?’ I said, ‘Here’s the story.’ And I looked at it, the bulb that we’re being forced to use, number one to me, most importantly, the light’s no good. I always look orange. And so do you. The light is the worst.”

President Trump: "The light bulb. People said what's with the light bulb. I said here's the story, and I looked at it. The bulb that we're being forced to use. Number one, to me, most importantly, the light's no good. I always look orange. And so do you. The light is the worst." pic.twitter.com/Hb4nu5xk5t

In a follow-up to Trump’s remarks, The Washington Post reached out to several photography experts, who all agreed his orange tint has nothing to do with lighting.

Tamzin Smith, a portrait photographer in Rockville, Md., pointed out that Trump’s orange complexion is visible even when he is photographed against white backgrounds. If bulbs were responsible for casting a warm glow, anything white in a photo of the president — including the background, a white shirt, or even his teeth — should also be orange.

“You can see that even when his teeth are white, his skin is orangey-red,” Smith said. “It’s definitely not the lighting.”

So to recap, we’re killing the environment to suffice the fragile ego of a man who made himself orange because he used a garbage tanning bed and now he can’t handle being called a Cheeto.