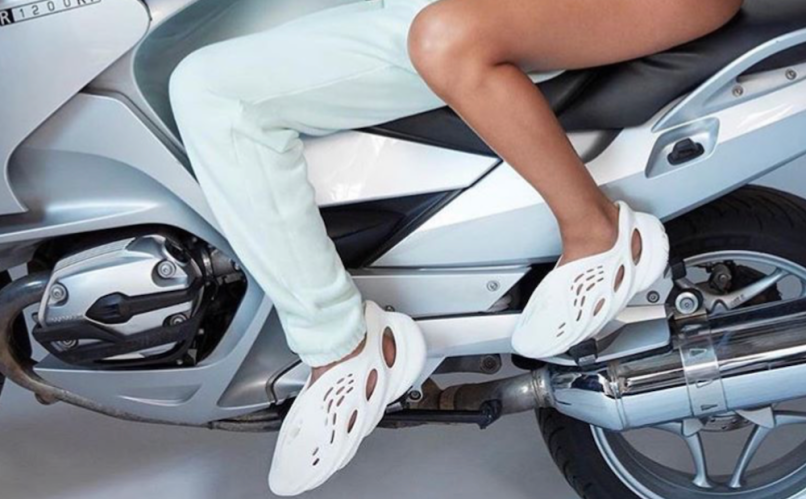 If Jesus Is King, how could he have possibly let Kanye West’s new shoe prototype look like Crocs? OK, maybe Yeezy fashion fans aren’t thinking that spiritually about the so-called “Foam Runners”, though a lot of them are definitely laughing.

The Chicago rapper’s daughter, North West, debuted a pair in public back in June, but photos of the adult-sized versions finally made their rounds on social media after being leaked by Instagram account Yeezy Mafia. It took all but a few seconds for people to point out the obvious: Ye’s latest sneakers look a lot like Crocs. And not even the vaguely acceptable Post Malone kind.

Crocs, but make it streetwear?

YEEZY FOAM RUNNER LANDING IN 2020 Photo by @roeethridge for @thefacemagazine

Naturally, the best reactions on what are now being dubbed “Yeezy Crocs” (or “Yocs” for short) have taken place on the internet via fantastic meme form. Scroll on down for some of the most amusing ones.

Kanye: You know what’d be dope? We take Crocs. Aight. And we turn them into Yeezy’s…And then we sell ‘em for $300.

I didn’t think that anything could be uglier than crocs, but I was wrong. #YeezyCrocs pic.twitter.com/zz01Auqjjw

You vs. The Guy She Tells You Not To Worry About pic.twitter.com/vV58jpoQgP

These new Yeezy’s look like crocs that went to private school. #Yeezy pic.twitter.com/ut1uTgEjzK

Could've sworn it was 13th September… and not April 1st… but… https://t.co/zVK35oHXYh

To quote a meme, all I can say is: What are thoooooose?

According to the New York Times, the Foam Runners are “set to debut at the end of the year.” (But please, Kanye, there’s still time to change your mind.) Here’s hoping Ye’s new album, Jesus Is King, due out September 27th, is more appealing.