Kanye West Even Bores God with the Passionless Jesus Is King 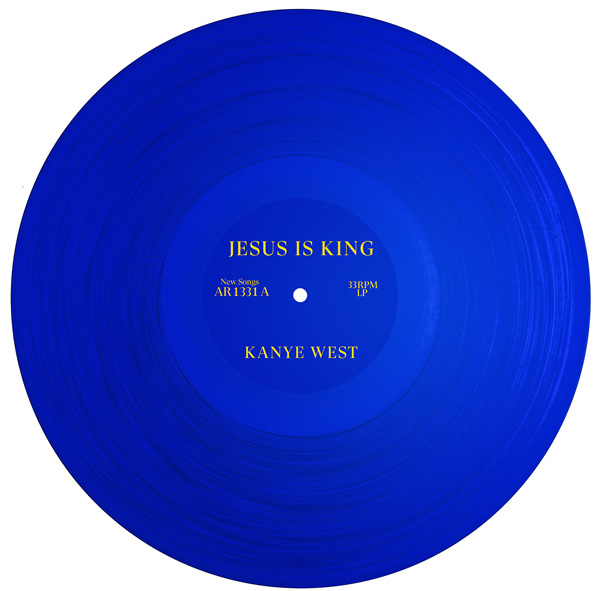 The Lowdown: Kanye West is apparently in the midst of a religious awakening. He’s stopped cursing and asked those around him to do the same and has even instructed his inner circle to refrain from premarital sex — a request that seems strange coming from the creative director of the 2018 PornHub awards. West’s Christianity has pervaded his music since “Jesus Walks”, but then again, even between the calls for salvation, that track was punctuated with profanities. One of the biggest artists of our time is having a Moment, and it’s feeling much less like Dylan going electric and much more like Snoop Dog saying, “Call me Snoop Lion.”

Whether West’s newfound religious commitment will last for the rest of his life, or merely this promotional cycle, his ninth album, Jesus Is King, is a sincerely religious work. It blends hip-hop with Evangelical gospel traditions to create a vehicle for praising God. There are similarities to The Life of Pablo’s sonic palette and some nods to the avante-garde minimalism of Yeezus. But make no mistake, this is a radical departure for an artist previously devoted to densely layered earworms.

It’s easy to point out the differences — the church organs, Bible quotes, and near-total absence of wit or humor — but it’s hard to tell why all of this has taken place. Based on his words and behavior, Kanye West has undergone a radical reinvention of self. Why? What happened, and how has his life been changed by his new relationship with God? West doesn’t say. That’s a shame, because whatever’s going on behind the scenes is surely more interesting than Jesus Is King, 27 minutes of cliches, half-finished thoughts, and vaguely religious gesturing.

The Good: “Follow God” is built around a sample of Whole Truth’s “Can You Lose by Following God”, which West also used for “Father Stretch My Hands, Pt. 1”. The beat that drops is totally different, but the overall construction hearkens back to West’s old tricks. On “Follow God”, Kanye grapples with his Christian failings and his testy relationship with his earthly dad. It’s not just the best beat on the album; it’s also Kanye at his most lucid and raw.

There are a few other interesting moments, but they never sustain over the course of a full song. The drums on “Selah” temporarily impress, as do The Clipse on “Use This Gospel”. The presence of some real MCs spitting real flows momentarily energizes the album. But they seem out of place, bursting into a Sunday service with Saturday’s whiskey breath. “Who am I to judge, I’m crooked as Vegas,” Pusha T shrugs, as No Malice calls his cocaine collection a “trunkful of Barry Manilows.” Then Kenny G, the Sultan of Schmaltz, the Emperor of Elevator Music, rips the track open with a piercing saxophone solo. None of these individual elements mesh with the rest of the song or any other song on this torturous album. But they are lively moments, and on the tedious Jesus Is King, that is practically worth praising.

The Bad: “Selah” creates an expectant atmosphere with moody organs and a choir whispering “Hallelujah.” Kanye quotes the Book of John on bondage and slavery. Surely, you think, this song is going somewhere. The choir gets louder, the tension heightens, and then, poof, nothing happens. Kanye returns with a meandering verse about greed, betrayal, forgiveness, and truth, saying nothing as he tries to cover everything. After a flourish of drums and cackling “Woos!”, the song abruptly ends. There’s no central idea, no point. “Selah” feels representative of the whole project. Kanye West went into the studio with all the fireworks money can buy and no reason to set them off.

“Closed on Sunday” is half a joke masquerading as a whole song. “Closed on Sunday, you’re my Chick-Fil-A,” Kanye repeats over and over again, along with some vague references to observing the sabbath. This is supposed to stir our souls? Don’t take selfies or use Instagram on Sunday? Who would have thought West overhauling his personality could be so incredibly dull?

“On God” is twinkling cheese, a dollar-store ripoff of “All of the Lights”. Again, the subject matter seems promising. Kanye references his controversial remarks from last year that slavery was a “choice” on the part of slaves. Here, he raps, “Thirteenth amendment, gotta end it, that’s on me,” acknowledging the amendment that freed the slaves. Is he finally going to open himself up to introspection — to analyze his past or present? Of course not. He says he’s the greatest artist “restin’ or alive”, and then ends the song by preaching his personal gospel of wealth. “That’s why I charge the prices that I charge,” referring perhaps to $200 concert tickets or $2,000 Yeezy 350’s. “I can’t be out here dancin’ with the stars/ No I cannot let my family starve.” Insisting on your right to charge a semester’s tuition for a pair of sneakers is an odd way to end a Christian praise song. At times like this, Jesus Is King feels less than sincere.

At 27 minutes, it also feels surprisingly long. Ideas develop and fizzle, but nothing sticks. “Water” is more bland than its namesake. “Hands On” is the worst of the many meandering rants, lacking almost all rhythm or flow, with the kind of simplistic rhymes that would get a person hissed out of a poetry slam. Even the last song, “Jesus Is Lord”, seems to stop, unresolved, in the middle of a thought. After all the delays regarding the album’s release, the record still feels unfinished.

The Verdict: The purity of an artist’s intentions don’t matter, or some of my middle school love songs would be hailed as timeless classics. Whatever you think of Kanye West’s newfound religiosity — whatever his reasons for making Jesus Is King — his ninth studio album will be compared to the eight that came before and whatever the hell comes next. Here, the artistry speaks for itself. Kanye West talks endlessly about God, and yet he musters a fraction of the enthusiasm that he used to deploy in observations about the female buttocks. Jesus Is King is impersonal, repetitive, boring, and somehow too long at just 27 minutes. Some albums grow deeper with subsequent listens; Jesus Is King shrinks. West’s passion for Godliness may be as overwhelming as he says, but he doesn’t sound passionate here. Jesus Is King has the energy of a prayer memorized long ago being spoken for the umpteenth time. The mouth moves, but the mind is miles away.

Essential Track(s): The first old Kanye song your player of choice skips to after Jesus Is King ends.