The LP serves as a solid companion to Life Metal, released earlier this year 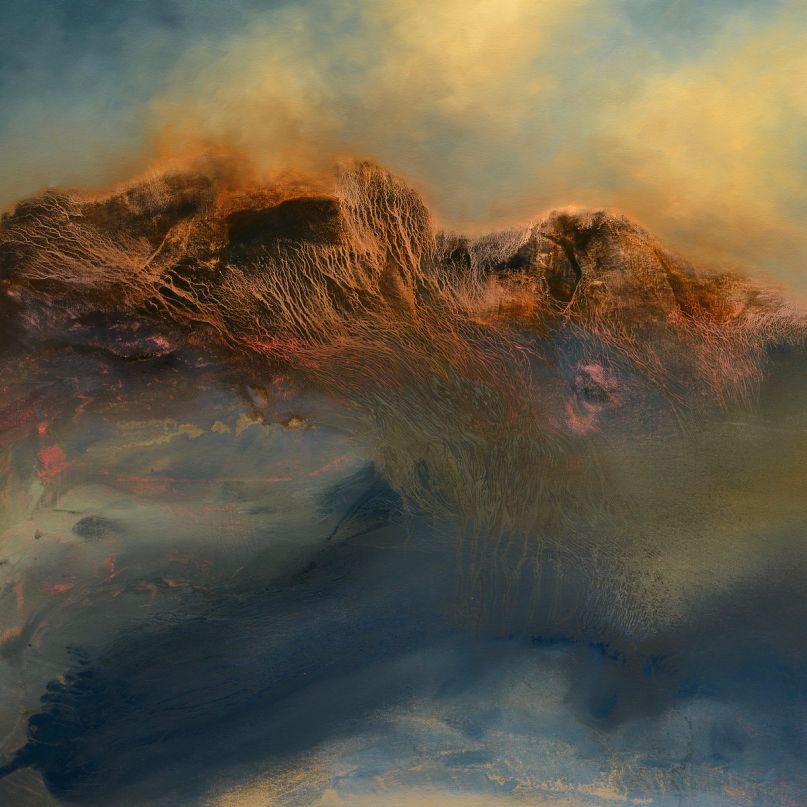 The Lowdown: It was just a little over six months ago that Sunn O))) released the album Life Metal. Maintaining the band’s tremendous use of distortion, Life Metal incorporated a mix of density and brightness, offering an appealing spin on Sun O)))’s iconic droning.

At the time Sunn O))) announced Life Metal, the band also revealed that a second LP would arrive later in 2019. That album is Pyroclasts, which contains four tracks that are the result of a daily practice during the Life Metal sessions. The band members would improvise a modal drone each morning in the studio, and the sessions were recorded and mixed on two-inch analog tape by Steve Albini, who also mixed Life Metal.

The Good: There’s an ethereal synergy between Life Metal and Pyroclasts, starting with the latter’s opening track, “Frost (C)”. The song begins with a low, wailing distortion, making for for a serene entrance into the album. As the distortion lightly rings, the bass thunders and rumbles alongside whispers of wind. Further use of guitar wailing comes in the form of higher tones, adding a brightness to the composition. The following track, “Kingdoms (G)”, offers a relatively gentle distortion to its presentation; rather than unleash an ominous and overwhelming sound, the track roams in its instrumental intricacies.

“Ampliphædies (E)” elevates the previous track’s use of lighter instrumentation, as the guitar goes off into a mellow rhythm underneath the distorted shrieks, imbuing the composition with this quasi-happy tone. As the record progresses, there appears to be a growing sensation of brightness to the music. “Ascension (A)” makes for one the warmer blends of emotion and instrumentation to be found on Pyroclasts.

As a standalone LP, Pyroclasts is a meditative journey. What allows the record even more strength, however, is when it is played as an extension to Life Metal. Played back to back, both records create an overall aura that is both mesmerizing and brimming with emotion.

The Bad: There’s always going to be some barrier involved when it comes to an act like Sunn O))). One does not go into Sunn  O))) looking for thrashing and bashing, but rather a more meditative experience. This isn’t a fault against the band of course, but something to keep in mind for listeners seeking thrills.

The Verdict: For devoted fans of Sunn O))), Pyroclasts makes for a solid addition to the band’s discography. While effective on its own, the LP offers an even more intriguing journey when played as a continuation to the band’s previous album. That said, each of the four tracks offers meditative instrumentation, allowing listeners to soak in the atmospheric vibes that make up Pyroclasts.