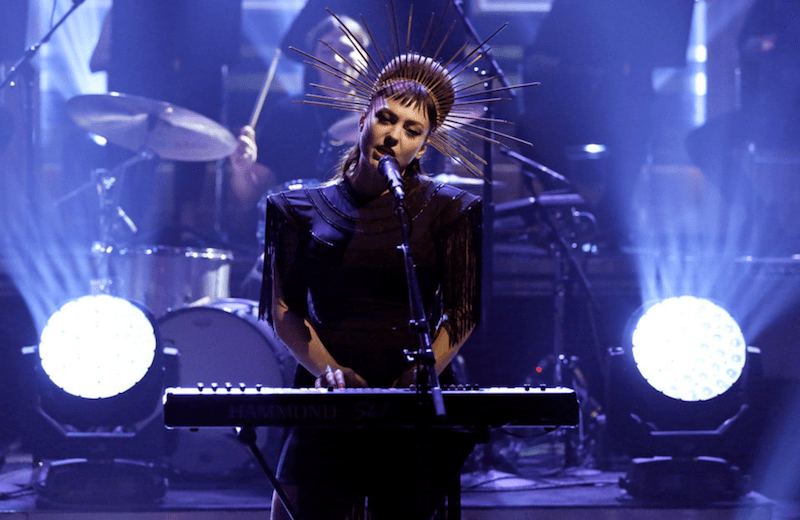 Angel Olsen today released her new album, All Mirrors, which is already making a strong case for album of the year. On Thursday night, she supported the effort by playing the title track on Fallon — and just like that, she’s also in contention for best late night musical performance of 2019.

Full of massive orchestral arrangements from Jherek Bischoff and Ben Babbitt aided by the dense but careful production of John Congleton, the new record is a dramatic turn for Olsen. That was on full display during her theatrical presentation of “All Mirrors” on The Tonight Show. With a full string section on the risers behind her and a voice that has always been otherworldly in its dexterity, Olsen was transportive. And in a rare note for late night TV, the direction was beautiful, from the opening zoom to the slow trucks across the musicians.


It all came together for a performance that was transcendental, seeming to exist far outside NBC Studio 6-B. Watch it below. You can also see where Olsen can take you with a full concert by getting tickets to her upcoming shows here.

Previous Story
In the Tall Grass Gets Lost in the Weeds: Review
Next Story
Album Review: A Refreshed Wilco Lean on Their Strengths on Ode to Joy
Popular
More Stories
[fu-upload-form form_layout="media" title="Submit Your Photo"][input type="hidden" name="ugc" value="1"][/fu-upload-form]