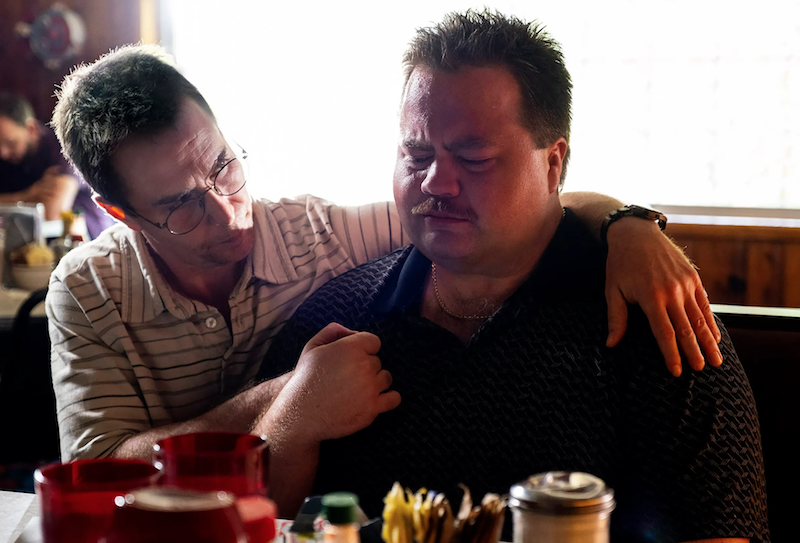 With the advent of social media and the growing bias of an aggressive 24-hour news cycle, we live in an era where trial by media is dangerously prevalent. But it’s far from a new concept. Director Clint Eastwood explores one of the most infamous cases of the phenomenon in his new biopic Richard Jewell.

Jewell is the real-life hero of the 1996 Atlanta Olympics park bombing, who in the aftermath of the terror attack became a publicly maligned suspect. Working as a security guard at Centennial Olympic Park, Jewell was the first to notice the bag containing the bomb. His actions that day saved hundred of lives, as the device eventually exploded, killing one and injuring 111 others. While initially hailed as a hero, the media eventually misidentified him as a prime suspect, which actually led to the FBI considering him a person of interest. The public scrutiny and constant media surveillance proved utterly damaging to the innocent Jewell’s life. He was eventually exonerated, and Eric Rudolph pled guilty to the attack years later.

In Eastwood’s film, Paul Walter Hauser (I, Tonya) stars as the title character alongside Sam Rockwell as his lawyer, Watson Bryant, and Kathy Bates as his mother, Bobi. Olivia Wilde also has a role as reporter Kathy Scruggs, and Jon Hamm plays FBI agent Tom Shaw. Jonah Hill and Leonardo DiCaprio, who were originally considering starring in the movie, produce.

According to USA Today, scenes were shot on location at Olympic Park and Jewell’s actual Atlanta apartment. The bombing scene was even filmed on the exact anniversary of the July 27th bombing. A passion project for Eastwood, the biopic drummed up such excitement at Warner Bros. that they expedited the editing so it could land during awards season.

The first trailer certainly makes it look like a nomination-worthy drama, so take a look below.