Why TV Finally Caught Up to Breaking Bad’s Skyler White 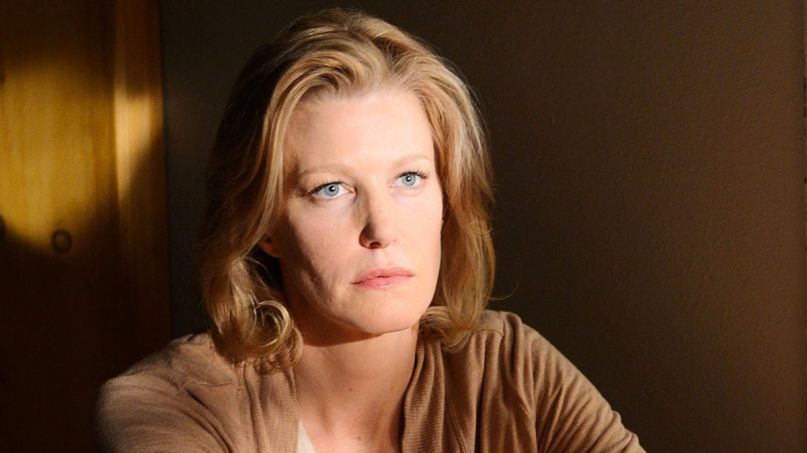 Whatever happened to Jesse Pinkman? Finally, after all these years, we find out with El Camino: A Breaking Bad Movie. To celebrate, Consequence of Sound is publishing several articles straight outta New Mexico. Today, we revisit writer Zach Blumenfeld’s defense of Skyler White from 2018, and why the character is finally getting the respect she deserves after all these years.

Today, we don’t even need to imagine hordes of white men on the Internet directing vitriol at women. One need only look at Aziz Ansari’s Instagram feed to see that even in the midst of the #MeToo movement, this practice hasn’t ceased. And yet it felt all too remarkable when, in 2013, Anna Gunn had to write an op-ed in The New York Times to defend her character Skyler White from the legions of future GamerGaters attacking her in Facebook groups and online forums.

As Breaking Bad rose in popularity to become one of the most influential television shows of the millennium, and even as Gunn took home two Emmy awards for Best Supporting Actress in a Drama, the sheer number of people who hated Skyler only increased. “I’m concerned that so many people react to Skyler with such venom,” Gunn wrote. “Could it be that they can’t stand a woman who won’t suffer silently or ‘stand by her man?’ That they despise her because she won’t back down or give up? Or because she is, in fact, Walter’s equal?”

Breaking Bad was never set up to portray Skyler as a hero or even as a likable character. Part of that lies in its focus on Walter White’s transformation from milquetoast chemistry teacher to narcissistic drug kingpin. Like the other great antiheroes in a television age dominated by male antihero dramas, Walt remained someone we were captive to root for until the end, no matter how viscerally disturbing we found his actions or how badly we wanted to see him brought to justice. And because Skyler was first in the way of and then never fully on board with his meth dreams, she became the natural magnet for the audience’s disdain. Every time Walt defeats a villain, he has to face Skyler’s withering glare; no matter how he frightens her, he always has to reckon with the fact that she maintained a great deal of control over his children. In serving to restrain Walt, the manifestation of the audience’s id, Skyler triggered the parts of our brains that yelled at our own mothers for nagging us when we were otherwise carefree children.

But much the way that children eventually come to appreciate their mothers’ chiding, looking back on Skyler over half a decade later to breathe leaves her a much more sympathetic character. More importantly, her brand of female power is precisely the character exploration upon which Breaking Bad might have focused more heavily had it premiered in 2018 and not 2008.

Recently, The Guardian’s Ellen Jones wrote a thorough essay on Skyler White laying the ground for the modern female antiheroine. It’s an excellent analysis of why Skyler was so unlikeable, even as she descended into moral grayness, and how she bore the cross for female characters such as Game of Thrones’ Cersei Lannister, House of Cards’ Claire Underwood, and even Better Call Saul’s Kim Wexler, who has been able to slide out of the traditional female superego role and explore every side of the human psyche in the way that male characters traditionally could. I have but one quibble with Jones’ argument: Skyler is more tragic heroine than antiheroine.

Walt might be the one who spends most of the series claiming that everything he does is for his family’s sake, but Skyler actually puts those words into practice — particularly beginning in Season 3, after Walt confesses to her that he manufactures meth and she must go about balancing her children’s safety, her husband’s livelihood, and her own feelings. And because Walt emotionally abuses her increasingly as the series progresses, Skyler seems more like a battered woman than a complicit antiheroine: clearly unable to leave her husband, she does what she needs to do, legal or not, to protect those she loves until things reach a head and Hank ends up dead in the desert.

But whether we classify Skyler as a tragic heroine or not, the most impressive aspect of her character is the power she derives from femininity. For one, she enters the series pregnant, the archetypal symbol of motherhood protruding prominently from her belly and serving as a reminder that she controls Walt’s legacy. And when baby Holly does emerge, she becomes Skyler’s greatest asset and a recurring signal indicating the balance of power in the White marriage. Little in recent television history can match the devastation etched into Skyler’s body when Walt, finally caught and now facing a family firmly set against him, takes Holly; little can match the later hopelessness Walt feels when he realizes Holly needs her mother.

Skyler’s female power isn’t limited to her motherhood; she embraces traditional female traits and uses them to her advantage. Her false suicide in the fifth season episode “Fifty One”, in which she wades into the White family pool fully clothed, is both submissive and commanding. It’s stereotypically feminine in its passivity, but also reminiscent of the end of Kate Chopin’s iconic proto-feminist novel The Awakening, in which the ocean represents a power the protagonist can’t possess in 19th century New Orleans. Rather than accepting death, however, Skyler turns the water’s offer of freedom on its head by using the incident as an excuse to send her children away to Hank and Marie’s house, keeping them safe from her monstrous husband and his many enemies.

Other examples of Skyler working within the confines of her gender to exert power include faking labor to evade detention after returning the baby tiara Marie shoplifted and causing a hysterical scene at a restaurant to maneuver out of Hank’s grasp after he’s discovered Walt’s true identity. Even when Skyler sleeps with Ted Beneke, performing the most ancient form of female betrayal, it’s not because he’s swept her out of a passionless marriage; it’s one of the few ways in which she can maintain any semblance of control over an increasingly aggressive Walt. For someone trapped within a role as underemployed housewife to a megalomaniacal drug lord, the degree to which Skyler maintains as much agency as possible is astounding.

Among strong female TV characters of the 2010s, Skyler stands out because she doesn’t derive her strength from exhibiting stereotypically masculine traits. Compare Skyler to Claire Underwood, who, far from being a proud mother of two, has had three abortions for the sake of power in the male-dominated political arena. Claire’s ascent is largely based upon a rejection of femininity; moreover, in all of House of Cards, womanhood is largely a liability, as we see several notable female characters murdered after becoming too intimate with powerful men. Similarly, Cersei Lannister, devoted mother though she may be at the outset of Game of Thrones, despises her status as a woman and more or less rejects both her gender and her children’s well-being in her pursuit of the Iron Throne. She’s far more similar to Walt than she is to Skyler; one can even imagine her telling Jamie that everything she’s done has been not for the Lannisters, but for herself.

But if there’s anything to be gleaned from the turbulent state of Hollywood’s current gender power dynamics, it’s that more Skyler Whites, not more Cersei Lannisters, need to be on the air. Celebrating traditionally male traits in women does nothing to disrupt the notion that men naturally exert that type of assertiveness and that we should thus, for example, have no problem with a man ignoring clear nonverbal cues that a sexual encounter is unwanted. The closest TV has recently come to giving us a strong female character without making her “masculine” is Big Little Lies — fittingly, a project spurred on by Reese Witherspoon and Nicole Kidman — in which Kidman’s Celeste Wright slowly finds the power to reckon with her abusive marriage. (The Handmaid’s Tale, too, has much to say about female strength, but its dystopian setting naturally renders it less “real.”) The success of these series should clue the entertainment industry in: tell unflinching stories about women finding power in their identity, and not only will viewers tune in, but there might actually be some potential for changing the toxic culture that breeds men like Harvey Weinstein and Walter White.