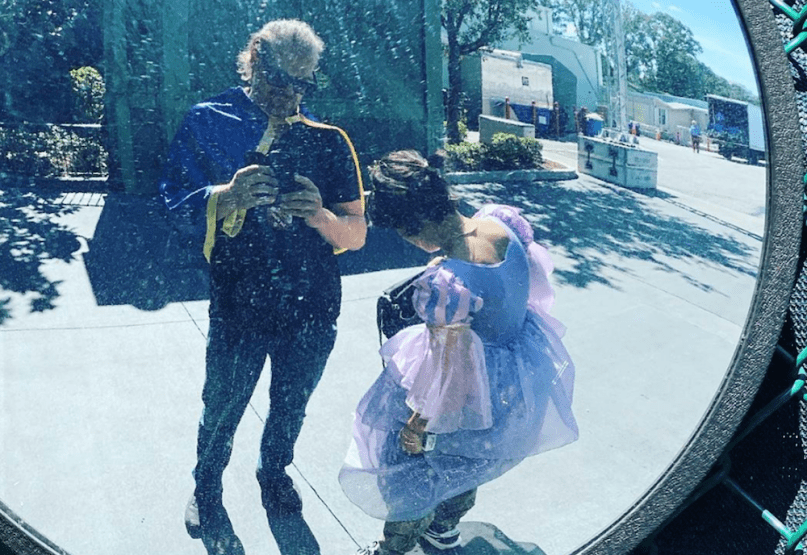 Harbour, 44, and Allen, 34, have been linked since August, when the two were spotted hanging out in the musician’s London hometown. The last few weeks have seen the pair make multiple public appearances while in New York. Earlier this month, they walked the red carpet for a Skin Cancer Foundation event, and then cuddled up courtside at a Knicks basketball game.

On Monday, Harbour finally made things official by taking their love to Instagram. Chief Hopper posted a picture of the pair snapped at Disney’s Magic Kingdom in Florida. Harbour was dressed as the Beast from Beauty and the Beast, while the No Shame singer was decked out in a blue Belle dress.

(Read: A Pearl in the Storm: Governors Ball 2019 Festival Review)

“The prince, princess and the parking lot,” Harbour’s caption read. “That seven dwarves mine ride is the best one in the whole damn park. Go on, fight me. #magic #disney #rulebreakers.” Everyone knows that once it’s on Insta, it’s real real.

Check out the photo below, followed by a few other pictures of the new couple.

While in NYC, Harbour also hosted Saturday Night Live. Allen’s No Shame album was one of the best of 2018.

thinking about when i sent sabrina these pictures of david harbour and lily allen and she asked if it was harry pic.twitter.com/wm02f3AQsV