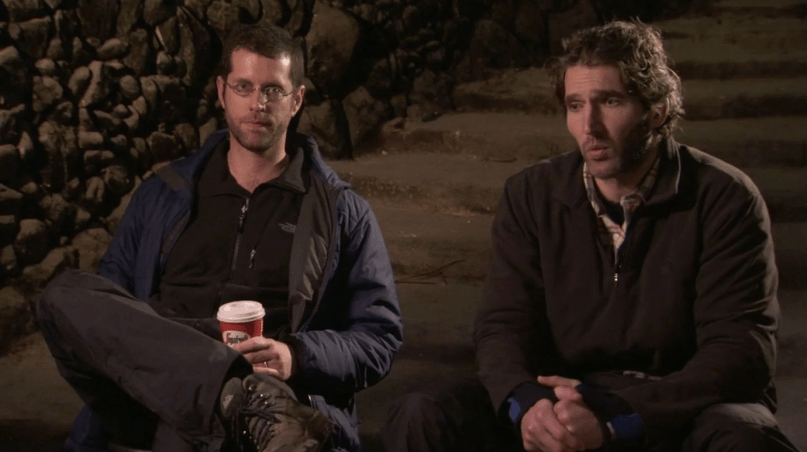 On Monday, Game of Thrones creators David Benioff and D.B. Weiss announced they were stepping away from a 2018 deal to develop a new series of Star Wars films. In explaining their decision, the pair said they would be prioritizing their recent $250 million partnership with Netflix and that it was a matter of “there are only so many hours in the day.” For Disney’s part, Lucasfilm president Kathleen Kennedy suggested the parting was amicable. But now, new details are emerging about this latest disturbance in the Force.

According to anonymous sources who spoke to The Hollywood Reporter, Kennedy had been unhappy with the duo since August. The pair had just wrapped Game of Thrones, and were set to start the Star Wars project when they inked the Netflix deal. This made Kennedy “nervous”, according to a source familiar with her thinking. Benioff and Weiss do not have a long track record of multi-tasking; in fact, their only credit to date is Game of Thrones, producing just 73 episodes of television in the last decade. If they had to split their focus between Star Wars and Netflix, Kennedy knew they had 250 million reasons to prefer Netflix.

Furthermore, Benioff and Weiss were anxious about that galaxy far, far away because of what one source called “toxic fandom.” The final season of Game of Thrones had given them some experience in the matter, and they were leery of a fan base that had hounded Kelly Marie Tran off of social media. “Who wants to go through that again? Not them,” said another source. “This was in the ‘Life’s Too Short’ category.”

It seems the final nail in the coffin, however, was Disney’s decision to pass on an overall deal with Benioff and Weiss. The Mouse House bowed out of bidding before the final round of negotiations, allowing Netflix to swoop in at the last minute.

Benioff and Weiss become the fifth directors to exit a Star Wars project during Kathleen Kennedy’s tenure at Lucasfilm. in 2015, Josh Trank was fired from a standalone spinoff movie for “erratic behavior”. Gareth Edwards was quietly shoved from Rogue One’s director’s chair in 2016, as Tony Gilroy took over reshoots and post-production. In 2017, during filming of Solo: A Star Wars Story, Chris Miller and Phil Lord were unceremoniously dumped in favor of Ron Howard. And that same year, Colin Trevorrow departed Episode IX, to be replaced by J.J. Abrams.

While the Star Wars universe is experiencing some turmoil, there are still plenty of projects coming down the pipeline.  Lucasfilm has two film projects in development, a trilogy from Rian Johnson and a movie from Marvel head Kevin Feige. Besides that, Lucasfilm is making a big bet on Jon Favreu’s The Mandalorian; the Disney+ streaming series premieres in less than two weeks, and the latest trailer just dropped.