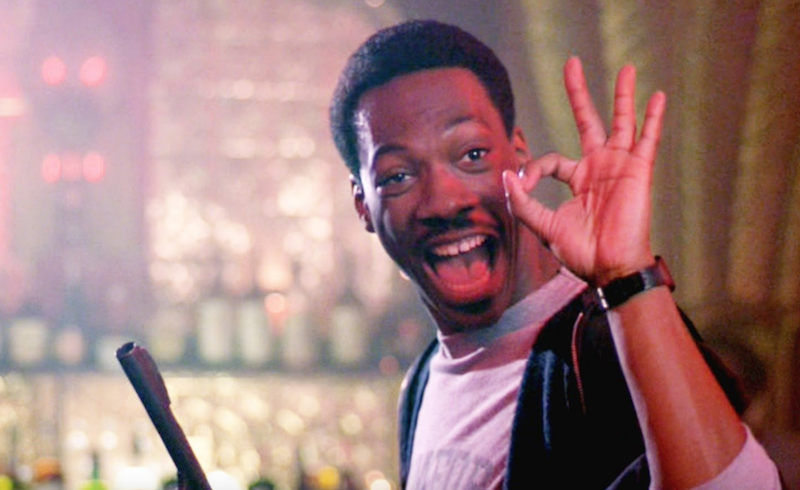 Who knew 2019 would be the year of Eddie Murphy? The comedian has been blazing the comeback trail, with plans to host SNL, embark on a comedy tour, and even star in Coming to America 2. Now, the actor has shared he’ll also be making the long gestating Beverly Hills Cop 4.

A new installment of Cop has been on-and-off the table for some time. In 2013, CBS whipped up a pilot for a sequel series centered around the son of Murphy’s cop character, Axel Foley. That never made it to air, and Paramount decided to move ahead with a proper cinematic follow-up. Initially set for release in 2016, production hit multiple delays and eventually fell apart after Murphy expressed frustrations with the script. Now however, it seems like the project is officially back on.

In a new interview with Collider, Murphy discussed his comeback plans, including bringing back Foley. The comedian stated, “Yeah that’s what we’re doing after Coming to America 2. We’re doing Beverly Hills Cop and then the plan is to get back on stage and do standup.” He continued, “These movies and Saturday Night Live it’s kind of like… I’m looking at it as a bookend. If I decided I wanted to stay on the couch forever, I ended it on a funny note.”

(Film Review: Dolemite Is My Name Captures Eddie Murphy at His Best Since the ’80s)

The first Beverly Hills Cop debuted back in 1984, followed by No. 2 in 1987 and then Beverly Hills Cop 3 in 1994. While the first remains a classic, the second and third didn’t do so hot with audiences or critics. Perhaps the fourth will return to some of the bananas-in-the-tailpipe magic of the original.

While we wait, Murphy’s comeback officially begins when his new Rudy Ray Moore biopic, Dolemite Is My Name, opens in select theaters this Friday before hitting Netflix on October 25th. Meanwhile, Coming to America 2 is set for a December 2020 release. Also keep an eye out for whatever Murphy might be cooking up with Netflix; he’s reportedly signed a massive $70 million contract for an undisclosed number of standup specials.