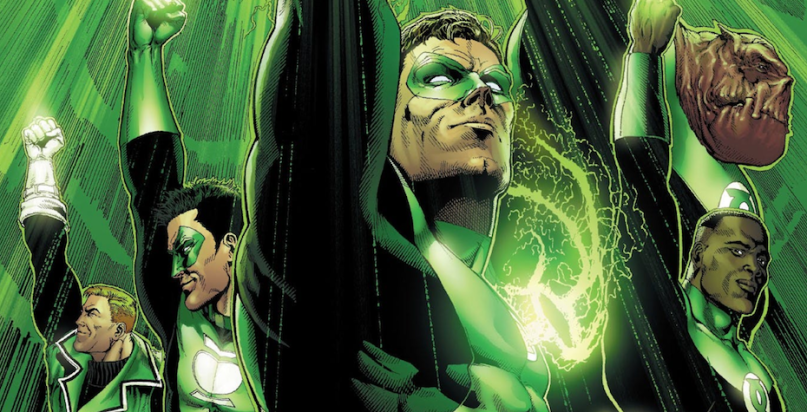 After spearheading the Arroweverse franchises on The CW, Greg Berlanti will now call HBO Max home. The super-producer will bring two new series to the new streaming service: a new take on Green Lantern and an anthology entitled Strange Adventures.

Speaking during WarnerMedia’s HBO Max presentation on Tuesday, Berlanti said his new shows “will be unlike anything seen on television.” Green Lantern may have fans most excited, as the character has been historically underserved by DC Entertainments’ adaptations. In fact, Berlanti himself wrote the screenplay for the 2011 cinematic bomb starring Ryan Reynolds. While details on this latest adaptation are still under wraps, the chance to see the ringslingers in live-action again is enticing enough.

(There is, of course, also the Green Lantern Corps. film that WB has been talking about for years. However, there hasn’t been much movement on that project since David S. Goyer and Justin Rhodes. were announced as screenwriters in 2017.)

As for Strange Adventures, the anthology series is based off a ’50s and ’60s comic series that told standalone sci-fi stories of morality. Similarly, the hour-long drama will feature “cautionary tales set in a world where superpowers exist,” according to Berlanti.

Berlanti will produce alongside Charlie Huston (Gotham), and EPs Sarah Schecther and John Stephens (also Gotham). Selwyn Seyfu Hinds, who produces The Twilight Zone reboot, will serve as a consulting producer, which should tell you a lot about the series’ storytelling goals. With the two new shows, Berlanti’s record-breaking production slate now includes 21 live-action scripted originals across seven outlets.

Meanwhile, Elizabeth Banks is bringing another original DC property to HBO Max. She’s working on DC Super Hero High, a half-hour comedy set in a school for powered teens. While they’re navigating the trials and adventures of high school, they’re unaware of their destiny to become iconic DC Comics superheroes.

Previously, HBO Max revealed that it would be premiering Season 2 of Doom Patrol simultaneously with the series’ original DC Universe home.

HBO Max will launch in May 2020 with a base subscription price of $14.99 per month. Other confirmed projects for the streamer include new Adventure Time specials; Tokyo Vice, starring Ansel Elgort and Ken Watanabe with a pilot directed by Michael Mann; a Grease spinoff series called Rydell High; Lupita Nyong’o and Danai Gurira’s Americanah; and two seasons of The Boondocks revival. Syndicated offerings include Big Bang Theory, Friends, South Park, and Rick and Morty. Oh, and they’ve got the Studio Ghibli catalog as well.