The Third Man rocker is a Bernie Bro 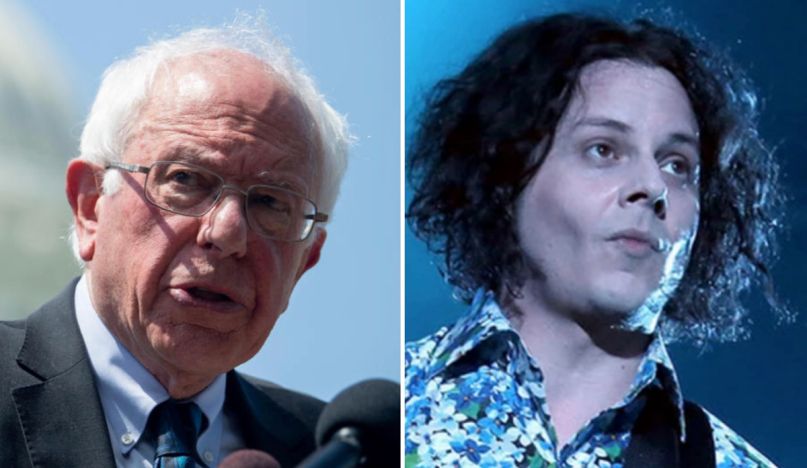 Turns out Jack White is a Bernie Bro.

The Third Man rocker will briefly step away from The Raconteurs’ ongoing tour in order to appear at a presidential campaign rally for Bernie Sanders.


The event takes place on Sunday, October 27th at Cass Technical High School in White’s hometown of Detroit. White, who was a student at Cass Tech, will be on hand to “perform a few songs.” Update: Watch footage of White’s seven-song performance.

Entry is free and open to the public, on a first come, first serve basis. Click here for more details.

White has been a vocal critic of Donald Trump since before he became president. In the run-up to the 2016 Election, he sold “Icky Trump” t-shirts. Two years later, during his headlining performance at Governors Ball, he dedicated his performance of “Icky Thump” to Trump and reworked the lyrics to sing, “You can’t be a president and a prostitute, too!.”

Jack White will join Senator @berniesanders at his Detroit Rally w/ @reprashida this Sunday, 10/27 at Cass Technical High School to perform a few songs. The event is free & open to the public. RSVP: https://t.co/b330dovZy3. Entrance is provided on a first come, first served basis pic.twitter.com/8K6CULrWSr