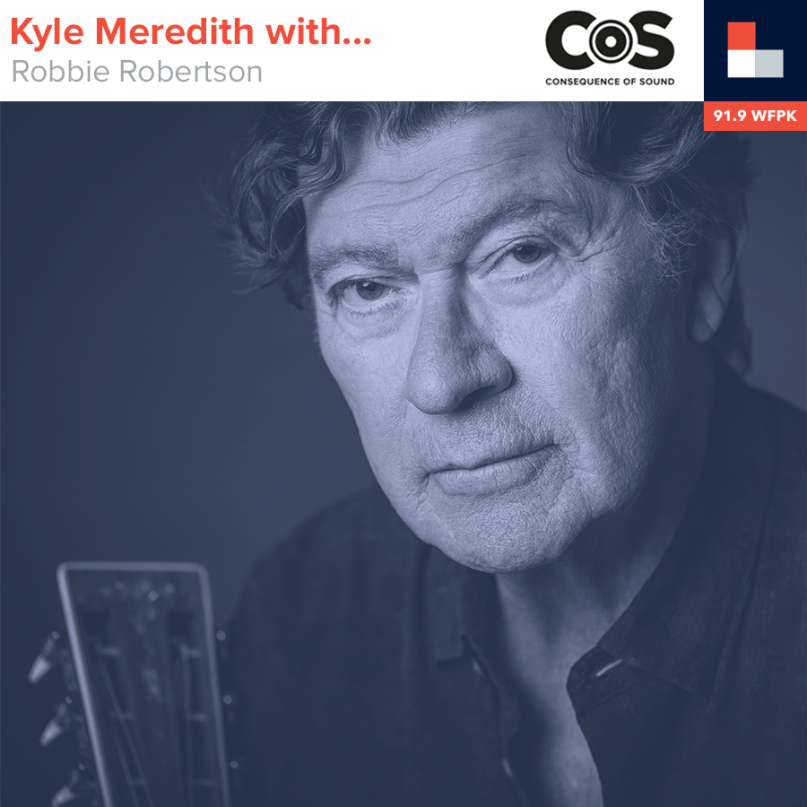 Legendary co-founder of The Band Robbie Robertson speaks with Kyle Meredith about Sinematic, his first solo album in eight years, and how it ties in with the score to Martin Scorsese’s The Irishman. From there, he discusses his long collaborative history with the legendary filmmaker, one that dates back to The Last Waltz and Raging Bull, and how his knack for writing character studies has been appealing to Scorsese.

It’s also the 50th anniversary of The Band’s self-titled sophomore LP. So, naturally, Kyle and Robertson take a trip back to 1969 to discuss what it was like to be part of a musical revolution with Bob Dylan and how he’s retracing all of this history in the new documentary, Once Were Brothers. Robbie also teases a follow up to Testimony, his 2016 autobiography, which will focus on his career after The Band broke up.