The Flaming Lips on the Journey to King’s Mouth 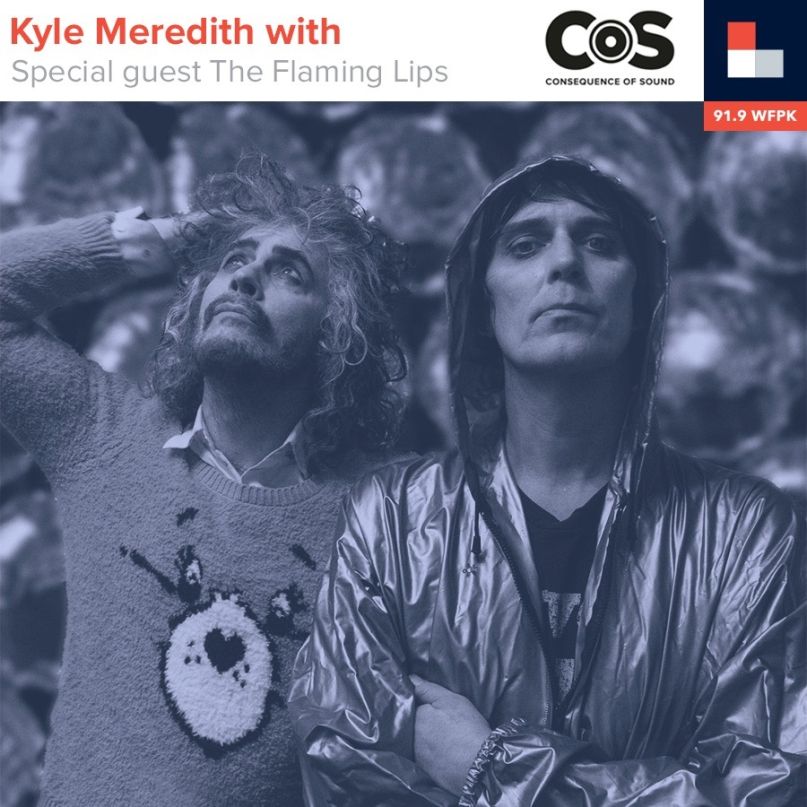 Kyle Meredith With... The Flaming Lips


The Flaming Lips frontman Wayne Coyne gives Kyle Meredith a shout to discuss the band’s latest LP, King’s Mouth. He details the journey that took the album from being an art installation, a children’s book, and finally a fantastical concept record with narration from The Clash’s Mick Jones. The album arrives on the heels of Coyne becoming a father, a coincidence that lines up with the lyrical themes and gives the singer a chance to reflect on how his personal philosophies have been updated, he explains. The two also ponder whether “Giant Baby” find reflection in the political landscape as well as the scoop on a handful of official releases, both live and in-studio, that are set to drop within the next year.