"There was no one in the room when I wrote 'Truth Hurts,' except me, Ricky Reed, and my tears" 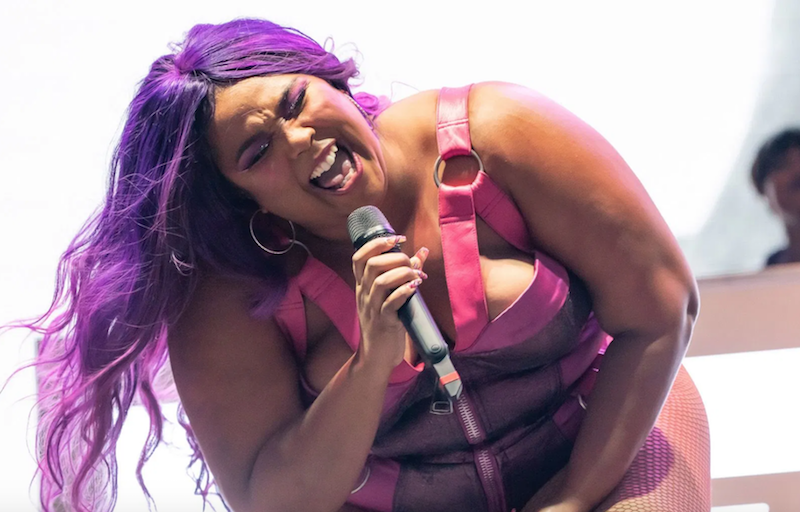 Lizzo has responded to claims that she plagiarized a line from her hit song “Truth Hurts” by filing a lawsuit against the accusers.

Earlier this month, producer Justin Raisen (Angel Olsen, Sky Ferreira) took to Instagram to publicly claim he and his brother, Jeremiah, were at least partially responsible for “Truth Hurts”. According to him, the Raisens worked with Lizzo, Jesse St. John, and Yves Rothman on a demo called “Healthy”, which featured an early version of the signature line, “I just took a DNA test/ Turns out I’m 100% that bitch.” The brothers say they “were never contacted about being credited for the use of the parts of ‘Healthy’ (melody, lyrics, and chords) that appear in ‘Truth Hurts’.”


Now, Lizzo has denied the accusation. In a statement posted to Instagram, the rising cross-genre star wrote,

“The men who now claim a piece of Truth Hurts did not help me write any part of the song. They had nothing to do with the line or how I chose to sing it. There was no one in the room when I wrote Truth Hurts, except me, Ricky Reed, and my tears. That song is my life, and its words are my truth.”

Hoping to put the issue to bed, Lizzo has apparently filed a lawsuit against the Raisens. In a statement to Pitchfork, Lizzo’s lawyer Cynthia Arato said the brothers had previously provided a written affirmation that “expressly renounced any claim to the work.” Arato added,

“Today we filed a lawsuit on Lizzo’s behalf to establish, in a court of law, that the Raisens are not writers of ‘Truth Hurts’ and have no right to profit from the song’s success. The Raisens did not collaborate with Lizzo or anyone else to create the song, and they did not help write any of the material that they now seek to profit from, which is why they expressly renounced any claim to the work, in writing, months ago, as the lawsuit makes abundantly clear. Although it is all too commonplace for successful artists to be subjected to these type of opportunistic claims, it is nevertheless disappointing that Lizzo had to take this step to put an end to the Raisens’ false claims and their campaign of harassment.”

As she’s has for some time, Lizzo also acknowledged that the “100% that bitch” line was taken from a meme she saw on Instagram. The Raisens have pointed out that the meme was actually lifted from a tweet by London-based R&B artist Mina Lioness. Upon learning of Lioness’ tweet in 2018, Lizzo conceded she was indeed the originator of the idea. Now, she’s gone a step further by formally crediting Lioness on “Truth Hurts”.

“The creator of the tweet is the person I am sharing my success with,” wrote Lizzo, “not these men. Period.”

Mina Lioness has since thanked Lizzo on Twitter, adding, “I just took a DNA Test, turns out I’m a credited writer for the number one song on Billboard.”

The Raisens’ accusation was posted just over a month following “Truth Hurt”‘s accession to No. 1, which came a full two years after it was released as a standalone single. No doubt Lizzo’s performance of the song during the 2019 MTV VMAs helped it climb the ranks.

Find all the relevant tweets and Instagram posts below.

Truth Hurts… but the truth shall set you free.

I just took a DNA Test, turns out I’m a credited writer for the number one song on Billboard.

I have received nothing but love from her through our communications, so I truly do thank her.