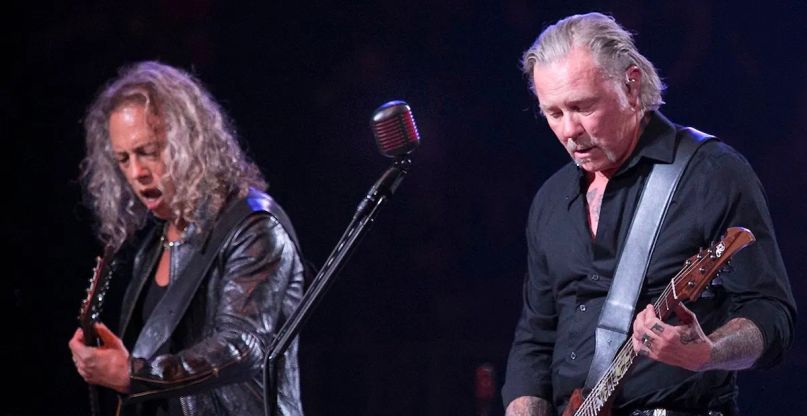 Metallica fans came out in force to watch the one-night-only screening of the band’s S&M2 concert film last week. The filmed collaboration with the San Francisco Symphony brought in over $5.5 million at the box office, making it the highest grossing rock cinema event in history. After the rousing success, fans will get a second chance to experience the concert, as the film will see an encore screening on October 30th in theaters worldwide.

Initially screened in 95 countries in 3,700-plus cinemas, S&M2 achieved a global screen average of $1,500 with 460,000 admissions. It earned $1.2 million at the North American box office alone, good enough for


Directed by Wayne Isham, who shot the original S&M in 1999, the new movie was filmed across two concerts in September at the brand new Chase Center in San Francisco. Isham captured a joyful occasion, with the band in good spirits and musically tight throughout. Some highlights from the performance include a cello tribute to Cliff Burton’s “Anesthesia (Pulling Teeth)” and James Hetfield’s poignant solo vocal on “The Unforgiven III”.

(Read: Metallica’s S&M2 Is a Celebration of the Band and Their Fans)

Although no official announcement has been made, an S&M2 live album and home video release was teased after an early screening of the film that we caught.

Metallica are currently off the road as frontman James Hetfield seeks treatment for addiction, but the band will be back in full force in 2020. It was recently announced that the metal giants will headline five major US rock festivals in 2020, performing two unique sets over two nights at each fest. Pick up tickets to Metallica’s upcoming shows here.