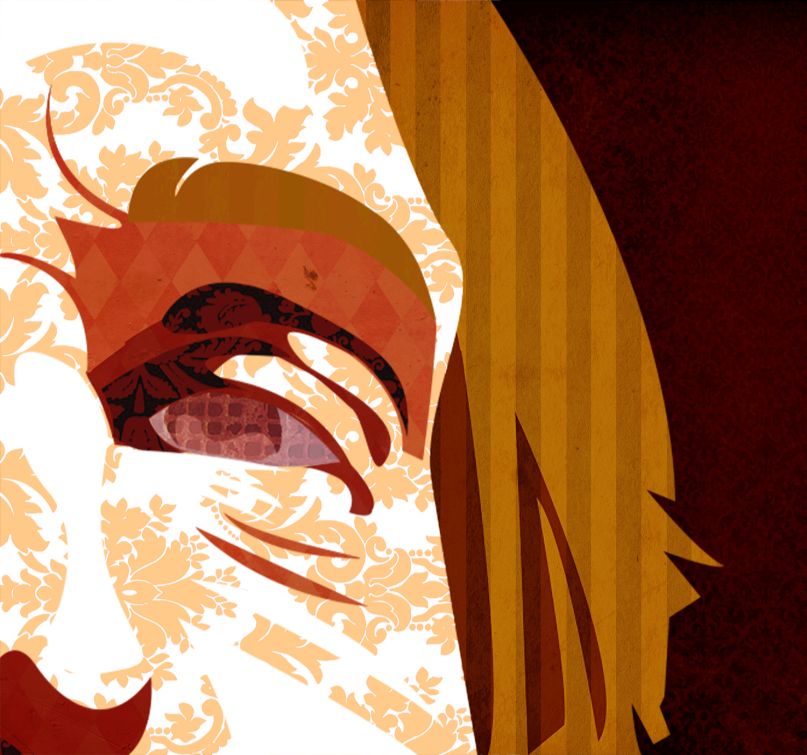 This column originally ran in 2015. It’s being reposted today in honor of Tom Petty.

Music, Movies & Moods is a regular free-form column in which Matt Melis explores the cracks between where art and daily life meet. Today, he revisits a previous column in memory of Tom Petty.

Thirty-two isn’t old. Maybe for tennis players, but not for concertgoers. I tell myself this on mornings while plucking small infantries of mobilized, gray hairs in the bathroom mirror, and I surround myself with similar-aged music lovers who are equally invested in the lie. (I’ve noticed hangouts with friends feel more like support group meetings over drinks these days.) Still, even with my mutually conferred upon “youth” intact, the concerts of my indisputable youth — that sweaty, fumbling, reckless, your-dad-would-kill-us brand of being young that doesn’t require second opinions — have gradually dissipated into a hazy steam of lost summer nights, faded friendships, and clouds of unidentified substances wafting through my hair and settling into my clothes. The concerts I once could play, stop, rewind, and replay in my mind now, if I’m lucky, can still be cued up like 30-second SportsCenter highlight reels, a wrinkled tour shirt or creased, yellowing ticket stub sometimes conjuring up an extra camera angle or slow-motion replay but little more.

Part of that missing footage results from the simple passing of time, no doubt aided by some rather forgettable shows over the years. More of it, though, at least in my case, seems to come along with facing the pressures of full-blown adulthood for the first time. In college, if asked, I could immediately distinguish between, say, my 15th and 23rd Bob Dylan show in “Never Ending” detail for the same reason that, as a boy, I could recite the complete 1989 roster of every NBA basketball team. At one time, that information felt imperative. Nowadays, if something doesn’t pertain to my family, job, or bills, it’s not worth knowing, hearing about, or remembering.

That feels true on most days. But not all. Really, it’s a lie. A lie we tell ourselves so we can go on putting family first, ascending to bigger and better cubicles, and making car insurance payments to, of all things, a lizard. But within that outwardly responsible, neatly dressed Trojan horse of maturity, we smuggle with us the very thing that makes adulthood in the modern world tolerable — the ability to, on occasion, remember a time when we could never imagine ourselves as we are now, a time when nothing seemed more important than staring deep into the eyes of a person you just met; pushing 90 mph down a highway in the cool summer moonlight; or, for many of us, lying barefoot on the grass with friends and staring at the stars while the band played on.

I’ve been thinking about that last one a lot lately. About those embedded concert films I mentioned earlier — the ones that have either gone unlabeled and missing in my mind’s filing system or others that are slowly deteriorating like forgotten reels in an old Hollywood studio vault. I’ve brought a few concerts along with me, though. And a couple have survived in full DTS Surround Sound and my memory’s most vibrant Technicolor. One of them is a Tom Petty and the Heartbreakers concert from August 16, 2006, in Burgettstown, Pennsylvania. Ask me about that concert. Go on. It’s those NBA rosters all over again.

Funny thing about that concert is that I only recently realized I had it stored away somewhere — that it hadn’t evaporated into the ether like hundreds of other shows, my childhood phone number, and the names of all the state capitals. All it took was spinning Petty’s Greatest Hits record a few weeks ago for the first time in a couple years, and that night in 2006 — the whole experience — came back to me. Not just the recollection of that show or a few blurry mental snapshots, but the ability to close my eyes and practically relive a night from my early twenties. It’s like that night was sealed into the grooves of my Greatest Hits vinyl, just waiting to be awoken and summoned by the needle.

Greatest hits collections have long been standard record label procedure for separating listeners from their money twice for the same songs. While they can push massive units (ask The Eagles or Queen), they’re also somewhat of a joke. (So much so that a local songwriter in a Key West bar once told me that he named his greatest hits album after his ex-wife: Greta’s Tits, he called it). But Tom Petty and the Heartbreakers’ Greatest Hits never felt like a marketing ploy or joke, even though it was nearly a complete recycling job and ranks as their top-selling record. I’m probably not alone or even very unique in saying that it’s the only Tom Petty album I’ve ever owned — once on cassette, once on CD, and finally on used vinyl. For most Petty fans that I know, it wasn’t only the entry point — the way in — but the sticking point — what they keep returning to — even more so than classics like Damn the Torpedoes or Full Moon Fever.

Sometimes an album ends up defining a band. Greatest Hits does more than that, though. It takes all those hit singles as if they were orphans on the cold streets of classic rock radio and gives them a home — so convincingly so that it’s almost difficult to imagine they ever lived on other albums next door to other songs. Even the Greatest Hits album cover serves as the default image I have of Petty and the Heartbreakers. Say their name and I immediately see that orb floating in that fuzzy, soft-red and grime checkerboard, Petty in white, the others in black with varying Crayola skin colors.

The more I think about it, the more I recognize the extent to which Greatest Hits encapsulates the entire Heartbreakers experience. I imagine it’s the reason why playing that record brings that night back to life for me. A walk through the Post-Gazette Pavilion parking lot before that show bears that reasoning out. Everyone blared Petty from their vehicles, and if you lingered long enough to hear one track end and another begin, you’d notice they were all playing Greatest Hits — “Even the Losers”, for instance, seguing into “Here Comes My Girl” instead of the other way around as found on Damn the Torpedoes.

Even more interestingly, fans seemed to actually embody the album. A “rebel without a clue” in a leather jacket and shit-kicker cowboy hat belted out “Into the Great Wide Open” from the back of his pickup truck, the Confederate flag draped across the rear window of his cab as a backdrop. From several sources, Petty defiantly declared, “You don’t have to live like a refugee,” all while concertgoers huddled beneath tarps in makeshift camps scattered across the parking lot, waiting out a light early evening rain. A brown and white camper van with orange trim gently rocked back and forth; a homemade, wooden sign that read “Don’t Come Around Here No More!” hung from the door, the equivalent of a dorm room with a sock left on the doorknob.

During the concert came more of the same. I spotted an old friend’s father — a middle-aged man who had grown his shaggy, red mane out, started going by “Big Nick” to his son’s friends, and never showed up anywhere without baked eyes and the stench of herb — lighting up in a circle of teenagers as Petty rapped on about that girl who “grew up right with them Indiana boys on an Indiana night.” (Now, as I re-watch him make a fool of himself, the chorus of “Mary Jane’s Last Dance” takes on an entirely different meaning, and I sympathize a bit with a guy who felt so overwhelmed by that daily existence of family, work, and bills I spoke of earlier that he just … dropped … out.) And by the time Petty and band finished those jangly, opening plucks on encore closer “American Girl”, the crowd had suddenly transformed into one dancing ocean of red, white, and blue: banners, shirts, towels, and underwear all sporting Old Glory. And each female, regardless of nationality or age, truly believed that she was the American girl Petty sang about — no different than a girl named Angie at a Stones concert.

If fans seem to live into the Greatest Hits album, Petty surely plays into it, too. That’s actually one of the criticisms he faces from non-fans. On the live act spectrum between, say, Death Grips, who might not even turn up for a show as an artistic statement, and a jukebox, Petty falls close enough to the latter pole that you wouldn’t be surprised to find a coin slot behind his ear. That show, Petty performed half of Greatest Hits, generously playing them the way we remember them. All night long he gracefully strutted and stumbled across stage, mock directing or air-playing along with the Heartbreakers and twisting his body and twirling outstretched arms like an untrained interpretive dancer. The show was pure celebration, a victory lap by a then 56-year-old who, as it turned out, still had plenty of race left to run. By the evening’s patriotic climax, we were all floating along in that Greatest Hits orb along with Petty and the Heartbreakers.

For all these reasons, when I listen to Greatest Hits, I get that night back in full. It’s a connection I value — a link back to a time when 32 didn’t seem old … more like ancient. I close my eyes and I’m lying barefoot and shirtless all over again on a blanket between two people who were supposed to be lifelong friends — a plan that fell through when they swapped coasts, got married and started a family, and we gradually stopped calling each other. I remember collapsing together into a pile from exhaustion after dancing, our chests heaving, and our hearts still young and stubborn enough to believe that both that encore and summer might last forever.

The record stops, I open my eyes, and I’m back. And I smile.

As I get a little older, even if 32 really isn’t all that old yet, I begin more and more to understand what Petty, that eternal blonde boy of summer, and maybe even Big Nick and that camper van couple (who, by the way, slept through the show) seem to already know. Most of the time the present suits me just fine. But some days, there’s nothing sweeter than reliving our greatest hits.