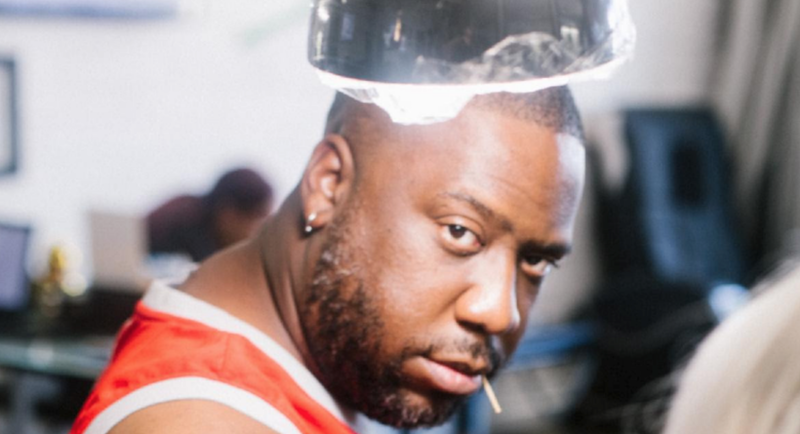 Robert Glasper has released a new mixtape called Fuck Yo Feelings. The 19-track collection serves as the product of a two-day recording session of improvisations and collaborations with friends. Stream it below via Apple Music and Spotify.

Fuck Yo Feelings brings in the jazz-producer’s peers such as Herbie Hancock, Yasiin Bey (formerly Mos Def), Denzel Curry, and Yebba, among many others. It also finds Glasper reuniting with drummer Chris Dave and bassist Derrick Hodge for the first time since 2012’s Grammy-winning Black Radio. The result is an honest, spontaneous collection that fuses elements of neo-soul, jazz, and hip-hop.

Earlier this week, Glasper shared a documentary chronicling the two-day recording session. In the video, he discussed his concept behind the project, at one point stating,

“If I’m really trying to re-create how I feel when I’m playing a show – if you’re trying to translate that energy to a record, try to have all these little aesthetics that happen in a club happen in a studio – it’s a great thing to have people around you that are supportive and are there to give good vibes.”

The effort is very reflective of the producer’s collaborative tendencies. In the last few years, he’s been a member of the supergroups R+R=NOW and August Green, and contributed to Kendrick Lamar’s To Pimp A Butterfly and Brittany Howard’s recently released Jaime. This new mixtape marks the artist’s first release under his own name since 2016’s Robert Glasper Experiment’s 2016 LP ArtScience, and serves as his debut with Loma Vista Recordings.

Stream Robert Glasper’s Fuck Yo Feelings below, and buy your own copy via his online store. The album arrives during Glasper’s month-long residency at NYC’s Blue Note Jazz Club. The impressive 56 show-run over the course of just 28 days promises many of the same guests from the mixtape. Look for tickets here.